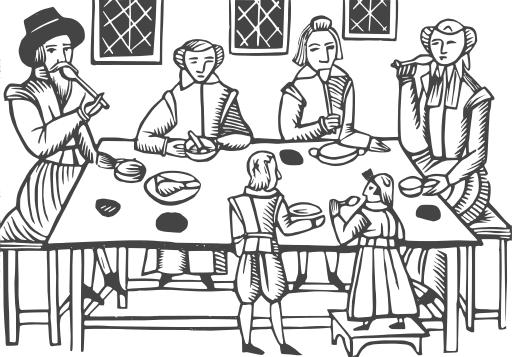 Siblings don’t always evaluate their parents in the same way. Mom was a good mom; mom was a bad mom. Dad was a good dad; dad was a bad dad. You get the idea, but the question is, why do children raised in the same home ever differ in these opinions?

Simply put, it comes down to a few things:

Here is an example of how this all can play out. It is, in fact, my mother’s family: my grandfather (Leo), my grandmother (Esther), my eldest aunt (Nettie), my mom (Jeanette), my uncle (Sam), and my youngest aunt (Florence). All are now deceased. I won’t give you every detail, but enough to get a sense of how each child was born into a “different” family from my perspective.

Leo was a tall, suave, outgoing house painter who emigrated from Romania. He made a good living in the period before the Great Depression. His wife, Esther, was physically less attractive than her husband and more intense, less socially at ease. As far as I know, she never worked outside the home after they were married. Each was born in the 1890s.

Nettie, the first-born, had the advantage of their prosperity, including luxuries like a family car, which not everyone had before the Great Depression. She was born before the USA entered World War I and received her parents’ relatively undivided attention as the only child.

My mom was born in 1918, the year of the Great Influenza Pandemic that almost killed my grandfather and did take over 20 million other lives. While his business continued to flourish in the “Roaring 20s,” his use of alcohol became greater. Meanwhile, Esther had a tendency to play one child against the other, something that was not possible when Nettie was the only child. My mom’s older sister was better able to handle this than my mom. Additionally, Nettie was not as beautiful as Jeanette, and likely, therefore, received less of my grandmother’s smothering attention as time passed, although Nettie did eventually marry.

Uncle Sam followed in the early 1920s, the only boy and a charming and outgoing one at that. As the single male offspring he received a different set of expectations from his parents to his detriment (more about that shortly). Finally, the youngest female, Florence arrived later in the 1920s, when the family was still doing well economically. Unfortunately, however, my grandmother (a Lithuanian immigrant who never learned to speak English well) was overmatched and frustrated by her job as a housewife and mom with a husband who was increasingly out of the home, either working or drinking.

The Great Depression struck in late 1929 when my mother was 11 years old. Nettie, the oldest, already had most of the family’s “good years” under her belt. While rather self-involved, she was more independent and less the focus of the two troubled parents, to her benefit. My mother, Jeanette, went to school in the 1930s with only enough money to buy a candy bar for lunch, contributing to the destruction of her self-confidence and her physical health. She eventually contracted tuberculosis.

My Uncle Sam, as the only boy, was expected to chase down my future grandfather in bars, where he spent more of his time now that his business was all but destroyed by an economic downturn that left 25% of the labor force out of work and another 25% underemployed. No social safety net like unemployment insurance was yet available. My mother told me that it was not uncommon for bill collectors to come to the door of their apartment and for the family members inside to pretend not to be home.

Florence, as the baby of the family, probably got the most of my grandmother’s focused favoritism at this point. She also imbibed a bit more of Esther’s rather paranoid and distrustful view of the world. Florence was very attractive and clever, leggy and buxom, but my grandmother conveyed to her that the attention of males could be dangerous and, in any case, that she was too good for any of her many suitors. Thus, Florence spent the rest of my grandparents’ lives in her parents’ home and never married. As time passed, she also began to take on even more of Esther’s characteristic mistrust and tendency to play people against each other to the point of psychiatric hospitalization after she retired from her work as a legal secretary. Too much closeness to her mom clearly was a not good thing.

How did the others turn out, you might wonder? Leo was alcoholic and eventually came to work for his son, my Uncle Sam, who built his own business and tried hard to be the “big guy.” Indeed, he was 6’4″ tall — the kind of man who smoked cigars and picked up checks for his friends at dinner. He was intent, I think, on attaining a level of prosperity and status that eluded the impoverished family when he was a kid. He also bore most of the responsibility for looking after his parents’ affairs as they aged, since he was the only male child and the only one who was self-employed. Yes, sexism was doubtless part of the reason, to Sam’s disadvantage. When I worked after school and summer jobs for Sam during high school, I saw the resentment he continued to hold against his failed father in his occasionally demeaning public outbursts toward Leo that were troubling to my young sensibilities.

Nettie, the oldest child, seemed less affected by any of the family turmoil and less inclined to think unkindly of either of her folks. Perhaps this was because she had received the best of their attentions when they were young and prosperous, when she had no competition from the presence of any other siblings. Her early life did not include the increasing animosity between mom and dad. She became, perhaps not surprisingly, the most self-confident member of the family and seemed untroubled that she never had children. In fact, she probably didn’t want them.

My mom, Jeanette, grew up insecure about anything but her physical beauty (although she was extraordinarily witty) and was continually needy of her mother’s undependable approval. Esther, her mom, often played her off against Florence, the family’s other comely daughter. I heard my mom argue (in tears) on the phone with one or another family member, usually her mother or Florence, though she continued to defend her parents to anyone who tried to encourage her to keep more distance from them. Her view of her parents was clearly very ambivalent, but she did go for years without talking to Florence.

You might ask how it was that my mom was allowed to marry and Florence was not. Well, as I heard the story, my grandmother felt that my mother was “damaged goods” because of her bout with tuberculosis, even though it had been effectively treated. Thus, Esther was grateful when my dad came along. She recognized that my future father was a good man who idolized my future mother. Although his economic prospects weren’t marvelous in the late 1930s, Esther thought that he would find a way to make an acceptable living.

My parents married in 1940 and my dad spent almost all of his working life as a supervisor for the US Post Office after his stint in the military ended with the close of World War II. The family that my parents produced (that is, my own family of origin) probably would have been considered lower middle class or middle class at the time I was growing up in the ’50s and ’60s.

So there you have it. Four children raised in the same home by the same parents, but with different life paths and a mixture of different attitudes toward their folks.

I should add a few items to the short list of reasons that siblings don’t always see eye-to-eye on who their parents really “are.” Some kids are favored because of their gender or their looks or talents; others because of having (or lacking) a particular temperament favored by one of the parents (sweet, tough, not sweet enough, not tough enough); some because of physical strengths or disabilities. Children often resemble the parents’ own older relatives, which can be good or bad depending on the extent to which those resemblances are seen as positive or negative. Finally, some kids are more forgiving of whatever failures their parents display. Goodness knows, all parents are imperfect.

Here is another very important point. You have just read a version of several life stories that I know partly by being a witness and partly by hearsay and my own interpretive viewpoint. As you might have already guessed, my own brothers and Sam’s children (my cousins) might give you a different version of who their grandparents were and how adequate they were as parents, not to mention who their own parents were. In other words, this proves my point: children don’t always agree about historical family parenting.

I’d guess that there are more such differences in unhappy families. As Tolstoy wrote in Anna Karenina:

All happy families are alike; each unhappy family is unhappy in its own way.

In light of all of this, I’m rarely surprised when I’m told by one adult that his view of his folks is different from that of anyone else in the family. Of course, some siblings actually agree on who their parents are or were and whether they did the job of child rearing adequately. Perceptions and evaluations of this kind are endlessly fascinating to me. I guess that is part of the reason I became a clinical psychologist.

The above image, a 17th century woodcut of a Family Dining, from the Roxburghe Ballads, was sourced from Wikimedia Commons.

6 thoughts on “Why Siblings Disagree About Their Parents’ Parenting”