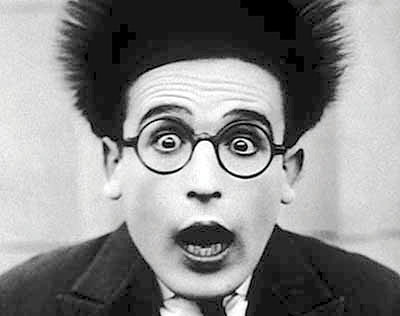 The Japanese put it this way: “The misfortunes of others taste like honey.”

Hmm. Not always and not to everyone, but this kind of emotion is something we’ve all observed and experienced. The Germans offer us a single word for it: Schadenfreude.

Two German words are combined. Schaden and Freude meld the idea of another’s harm with joy in the one who watches or discovers the mishap.

Schadenfreude is not connected to the infliction of damage, a condition more aligned with antisocial behavior or sadism. Rather, the pleasure comes to an observer without his having caused it. Most often, the noticed bungle is minor or embarrassing rather than disastrous.

Examples might include someone slipping on a banana peel or a person finishing a speech and bouncing on his bottom because of a shifted chair. Spilling food, zippers unzipped, and bunched up backs of skirts revealing what is below and behind also come to mind. These are innocent enough to the extent they produce no long term harm, however excruciating they can be in the moment.

How about when the unfortunate one contracts a dreaded illness? This moves the amusement from the trivial or morally ambiguous to hatred and a desire to achieve justice or revenge. The happiness received by the witness is a bitter satisfaction, not a passing chuckle.

The German philosopher, Friedrich Nietzsche, described a similar attitude, one still closer to a premeditated desire to cause pain. The following appears in his On the Genealogy of Morality/Ecce Homo:

To see others suffer does one good, to make others suffer even more: this is a hard saying but an ancient, mighty, human, all-too-human principle [….] Without cruelty there is no celebration.”

Yikes! Sentiments like this, if traced back far enough, speak to tribalism and the primitive, life-threatening conflicts of our ancestors. Indeed, part of what bonds some of us to our allies is the shared dislike of the “other,” taken to extremes in the form of hatred.

This topic cannot be escaped in the present. The degree to which some will go to foment physical confrontations and demonize those with whom they don’t agree is boundless.

But let’s consider other, less dreadful aspects of obtaining a mood boost from the pratfalls of our compatriots.

Brief levity at misfortunes outside ourselves might serve as an evolutionary safety valve. Each of us encounters his portion of disappointment, rudeness, and perceived unfairness. When an unkind superior dumps a drink on himself, smirking behind our hands can relieve us of a bit of our frustration. We believe he got what he deserved.

Without causing his spill, the scales of justice, at least for the moment, come closer to balance.

Unfortunately, those less than kind will use everyday humiliations they didn’t cause to belittle and mock, at least behind the back of another. Such discomfort can be turned to one’s advantage, boosting personal status by knocking a competitor down. A backstabber climbs over colleagues to advance himself. Again, here is a kind of cynical, acid satisfaction.

Cases like this put us in the arena of the playground bully disguised by the suit and tie he wears to work. The motives explaining his action might include compensation for a sense of inadequacy or envy.

Perhaps another aspect of our laughter comes from the need to make light of the small stuff of life, the near misses, the inevitable bruises that could have been much worse. Physical selves are such frail things. Unrequested comfort comes because others are in the same club and just as vulnerable.

The human form is like a tiny space ship launched without our permission by the folks called mom and dad. No trustworthy map presents itself. Unexpected comets, meteors, and black holes are always capable of surprises.

Smiling at the small shocks and the narrow escapes allow relief from a too dim view of the future. We even may learn how to prepare for those cosmic events by noting the errors of others, as well as our own.

A fun moment enjoyed with friends or colleagues, despite the temporary expense of the “the unlucky one,” steers our ship past worry about the vulnerability and mortality that are our lot.

Laugh when you can, including at yourself. Merriment and glee make life worth living as much as accomplishment and offspring who will speed our genes ahead in their own spacecraft.

Our parents do right to send us off with hope, a hug, and a smile. What better way to launch the future?

The top photo is Harold Lloyd, from his 1920 silent film High and Dizzy. The other image is a 3d digital illustration of a person with a smug face by Dawn Hudson. These are sourced from Wikimedia Commons.