As the stream of time moves us on, most of us hope to find a comfortable way to manage. Few beg for more of the turbulence of early years, a period fraught with insecurity and internal confusion. “Who am I — who do I want to be?” — is a question we’d rather not ask. Psychological and physical ease is the goal.

Yet, do we risk a life of deadening routine? Do we hold too fast to one version of our identity past the point our partner finds us dull? Even the beautiful and smart can be unlucky in love.

Who might we consult to make ourselves forever interesting to the one we care for?

How about someone who ended one of his most famous works with the words, “You must change your life.”

Rainer Maria Rilke died at 51 in 1926. In his half-century, he gained an unconventional perspective on love and keeping it fresh. He thirsted for experiences, wishing to absorb the world with new eyes as if he were seeing his surroundings — human and natural — for the first time.

The poet often praises those who make perception into an activity, not the automatic, passive accumulation of sights, sounds, and smells entering our awareness without effort. He wants it to be alive, not rendered invisible by his failure to recognize more than customary appearances.

In The Notebooks of Malte Laurids Brigge, insightful observation requires intention: an attempt to make the familiar unfamiliar, nor turn from what troubles us when we look and listen closely.

Here is an example from the title character Brigge:

There are many people, but even more faces, since everyone has several. There are people who wear a face for years, and of course it wears away, gets dirty, cracks in the creases, stretches like gloves you’ve worn whilst traveling.

Rilke’s words push us to take a new look at the next face we behold. He implies more exists behind faces than we thought. The portrayal of Brigge discloses a young man attentive to subtlety and nuance, the qualities arrayed before him available to his sight: the sensory world we find unremarkable without the effort to inspect it.

Now imagine yourself attached to someone like Rilke, woman or man, who transforms part of the experiences you take for granted. 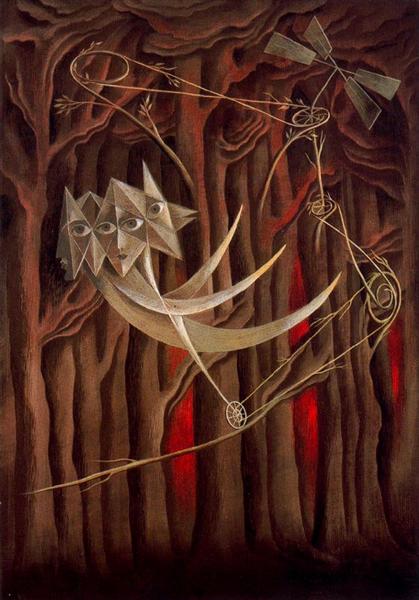 At age 27, Rilke received a letter from a 19-year-old, with whom he continued a prolonged but occasional correspondence. The younger man, a military student named Franz Kappus, sought advice on his own literary efforts.

The compilation of Rainer Maria’s side of the exchange appears in his Letters to a Young Poet.

In the eighth of his 10 communications, dated August 12, 1904, Rilke addresses the reasons he believed sweethearts became boring.

For it is not only indolence that causes human relationships to be repeated from case to case with such unspeakable monotony and boredom; it is timidity before any new, inconceivable experience, which we don’t think we can deal with.

Note, Rilke doesn’t say one of the lovers is boring. He says tedium grows out of hesitation to take on new inward and outward adventures. He continues:

But only someone who is ready for everything, who doesn’t exclude any experience, even the most incomprehensible, will live the relationship with another person as something alive and will himself sound the depths of his own being.

For if we imagine this being of the individual as a larger or smaller room, it is obvious that most people come to know only one corner of their room, one spot near the window, one narrow strip on which they keep walking back and forth. In this way they have a certain security.

The above passage suggests courage is the inoculation preventing the death of intimacy. Moreover, Rilke believes it will foster not only closeness but also Kappus’s self-discovery. In eaves-dropping on a century-old private exchange, we are allowed to ask if we too remain in “a corner of (our) room” out of a desire for security and safety.

The older man’s message continues to explore this idea:

And yet how much more human is the dangerous insecurity that drives those prisoners in Poe’s stories to feel out the shapes of their horrible dungeons and not be strangers to the unspeakable terror of their cells.

We, however, are not prisoners.

Later, both Kappus and we are told why we ought to flee our self-imposed confinement and embrace the wider world.

If it has terrors, they are our terrors; if it has abysses, these abysses belong to us; if there are dangers, we must try to love them.

And if only we arrange our life in accordance with the principle which tells us that we must always trust in the difficult, then what now appears to us as the most alien will become our most intimate and trusted experience.

How could we forget those ancient myths that stand at the beginning of all races, the myths about dragons that at the last moment are transformed into princesses.

Perhaps all the dragons in our lives are princesses who are only waiting to see us act, just once, with beauty and courage. Perhaps everything that frightens us is, in its deepest essence, something helpless that wants our love.

The dragons might also be thought of as personal shortcomings hidden by the masks we wear — the truth we hide from others and ourselves. The writer suggests we take the role of a sculptor of our individual humanity, forever adapting, shaping, and experimenting with an identity which new circumstances, aging, and personal history demand we change.

Rilke asks us to begin self-examination, to stand erect and naked before the sunlit mirror, and declare, “This is who I am.” The static life, he might tell us, is a missed opportunity. He applauds those who wish to know more — endlessly.

The whole of humanity will never take Rilke’s advice. Not everyone accepts life’s unexpressed invitation to discover who they are and create who they strive to be. I suspect the man is speaking of rare creatures among us.

Perhaps they would be the metaphorical tightrope walkers and fire-eaters, and those to whom love or justice or freedom are worth everything they possess — everything they must endure for the chance to achieve them.

In our challenging mortal world, Rilke recommends we mull over unnecessary boundaries and barricades built for self-protection, some of which cost us the fulfillment we say we want.

Since the clock on our duration keeps its steady pace toward the ends of things, we do well to live with a tempered urgency to be more, notice more, and do more.

And if we are lucky and his suggestions are correct, win and maintain a lasting love.

The quotations from Letters to a Young Poet are a part of one long paragraph. I’ve broken the sentences up to better clarify your understanding and my commentary.

The first painting is August Macke’s 1914 Tightrope Walker. The second is Tightrope Walkers,1944, by Remedios Varo. Finally comes Giorgio de Chirico’s 1926 The Two Masks. All of these come from Wikiart.org/