I discovered the social challenge of moving from one group to another in sixth grade.

First, let me situate myself. I was part of the post-World War II “Baby Boom” generation, a group for which the world was unprepared. Chicago’s school system, like others, discovered children like me flooding the narrow hallways of buildings used by our parents.

Why so many? The youthful soldiers returning from Europe and the Pacific attempted to retrieve lost time along with their young wives. My father’s letters across the ocean spoke to both his desire for my beautiful mother and the offspring they hoped for.

I’d spent the past year and a half in an overcrowded classroom shared with students one semester ahead. When my younger cohort came time for advancement to the level the older kids were completing, our teacher asked me if I wanted to “skip” that term.

Paul Friedman gave me this chance to proceed into seventh grade without finishing sixth. Thanks, Mr. Friedman, wherever you are.

The opportunity sounded fine to my parents and me, in part because I got along well with those a half-step up. The phrase “double promotion” applied to my more than ordinary educational boost.

Over the summer, I continued to hang around with my longtime, same-aged buddies, but Autumn turned out to be different. From the first day of class on Tuesday, September 2, 1958, the alteration, like a temporary shadow hovering over my life, greeted me with a frown.

I saw Lloyd and Roger, my old pals, talking, but when I tried to insert myself into the conversation, they acted aloof. Of course, I didn’t use that word, one absent from my vocabulary, but it described my puzzlement at the unsocial “distance.”

Continuing efforts to recapture our previous camaraderie produced the same result in the next few days. With no choice, those friendships faded as I found a place among my older classmates. 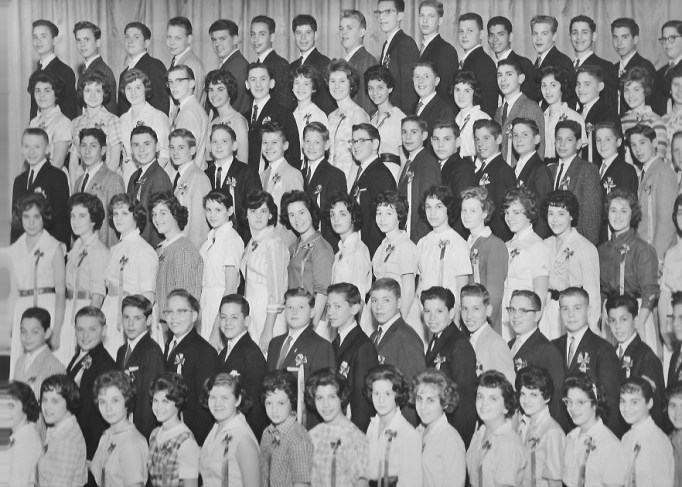 Life offers far more significant but somewhat similar challenges. Beyond moving out of your current neighborhood and going to new schools, think of changes in your profession, status ups and downs, leaping ahead or staying behind in terms of income, etc.

A daunting hurdle occurs when someone dependent on alcohol or drugs ends his addiction. Friends accustomed to joining him in drink or drugs say, “Oh, it’s only one drink” or “Come on, do you think you are better than me?”

If the newly sober fellow continues hanging around with the users, his sobriety is in danger. He has two problems now: abstinence from substances and finding new friends.

A political commentator, Kurt Bardella, describes leaving his occupational affiliation in 2016: the Republican Party. His writing doesn’t provide the most common answer to the question liberals ask, “Why do Republicans still work for Trump.” Rather, he speaks to the 1958 version of Gerry Stein’s experience on the playground. Here’s what happened to him when he left “the team.”

Candidly, I had no idea where my next paycheck was going to come from. I lived off my credit card. Fell into debt. The professional network of Republican operatives, consultants, and lobbyists I had spent a decade of my life in Washington cultivating was now gone.

Bardella no longer fit in. Changing religion might generate the same kind of exclusion. This also reminds me of something my mother uttered more than once as I grew up: “What will people think?”

In Bardella’s case, his professional and relationship community became unavailable to him. No other workplace niche existed for political operatives and conservative spokespersons who, like this man, self-emigrated.

Even such things as happiness and unhappiness can complicate relationships when they are not shared. If you are leaping forward in your career and an old buddy finds your glee overbearing relative to his modest success, one of you might decide he has tolerated enough.

More than a few of my patients worried their friends would grow weary of their degree of misery. They dared not exceed what they believed was an acceptable length and level of unhappiness. While they tended to overestimate the likelihood of rejection, I must admit it was never zero.

One might say the larger the discrepancy in the level of happiness, success, and misery between two friends, the greater the chance of a tear in the social fabric binding them. Part of relationship survival requires walking not too far ahead, nor falling too far behind. Some amount of self-censorship is also needed.

Fitting the pieces of your personal life into the jigsawed spaces of another’s existence isn’t a fully acknowledged human task. The good news is, most of us get at least passing marks.

We are complicated creatures, don’t you agree?

With all the encouragement we receive to be independent and tough enough to take on criticism, there are limits to this commonplace advice.

When my mother asked, “What will people think?” she displayed a wisdom one shouldn’t always ignore.

The two photos are from my time in Minnie Mars Jamieson School. They show my third-grade class followed by my graduating class. I am lucky enough to remain friends with four members of the latter group: Ron, Jim, Steve, and Neil.

No prizes if you can spot me, though I am present in both pictures. Of course, the “High Potentate” of the Zeolites won’t have any trouble. Apologies for the inside joke.