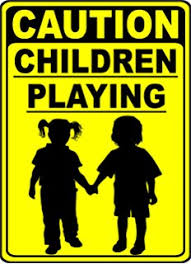 When I treated adults who had been verbally abused by their parents, I sometimes wondered if they needed a stain remover more than a therapist. The disfiguring mark was not on the surface, however. Below the scalp, the mistreatment created a misunderstanding of their human qualities and mangled the internal mental machinery; warped their reasoning about themselves. I will offer some thoughts on the confusion caused — the fouled self-image the abused soul believes to be true, not recognizing the phony bill of goods he received.

Epistemology is a word you might not know, but frames how the negative label distorts the victim’s thoughts about himself. Epistemology is the study of knowledge. The field is important because it deals with how we process information to determine what is true (factual) and how we distinguish what is supported by evidence rather than a matter of belief, misunderstanding, or a misapplied label.

When did our tarnished child become discolored? He almost always was the target of family criticism, outside bullying, or both. The young one’s actions were mocked. Names were called over and over. I’ll concentrate on the home. Children are not in a position to find another one.

Kids need whatever protection parents provide, even as little as it is. No matter what, they must stay close to the caretakers when they are small. No Plan B exists, no reason to expect more kindness outside the family than in.

The small one’s dependency on the parents requires belief in the latter’s competence and knowledge about the world.

Think of the child as both who he is objectively, that is, how we might evaluate him in the absence of any bias; and as a social construct: the person described in the adjectives and nouns of the parents’ choosing, regardless of who he is in reality.

The child holds little knowledge of the world other than what is offered in the house. He claims no other authoritative information to suggest the social construct/label is wrong. Since parents are the first and primary authorities, nothing suggests they are misguided. Especially if their words are characterized as being “for your own good.”

Any hope of parental love, approval, and protection would depend on the ability to persuade the parent that the label has been misapplied. The small one cannot afford (even to himself, even were he able to put the concepts and words together) to challenge the parents’ description of him without causing internal terror. Such awareness would require his recognition of the dilemma he is in: a tiny person at the hands of powerful, disturbed adults upon whom he is dependent. The opinion of the home’s commanders is therefore taken for truth. Only if the girl or boy can accept the verdict and do better to please those in charge might he have a chance. This necessary bit of self-delusion allows him to hope his situation might be changed by something in his control.

He already accepts the truth of something for which the evidence is weak or nonexistent. Use of his cognitive equipment is thereby impaired from an early age. 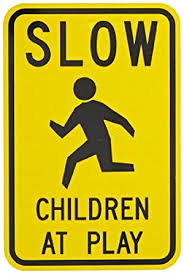 Since the label now must be considered valid, let’s think of how the labelers treat our growing child as a personality, and how they respond to his behavior:

All of this is bad enough by itself. Worse, however, the child carries not only a dishonest label, but a warped way of thinking about himself. The internal mental machinery continues to inflict damage — even in the absence of the parents — when he takes on the world outside. Thus, whatever success he achieves there, it is never enough.

The past becomes present.

Too often the adult will carry the internalized words wherever he goes, continuing to search unconsciously for people who are like his folks (since their authority and value have not yet been overturned), and think about his own worth in the way he was taught. He remains characterologically flawed in his very existence. He believes he is a person who behaves in negative or inadequate or foolish ways, and someone whose strengths are trivial in contrast to all of the qualities inside that count against him.

The individual lacks self-awareness. He continues to see himself in terms of the social construct given by his parents. Moreover, the deforming quality of his thought has doubtless led him to many errors in dealing with the world, further confirming the verdict he received from the biased jury at home.

Only with enough unhappiness might the pain cause him to challenge the internalized parental voice, or seek treatment which will encourage such a process. His descent into the suffering can actually be the first step to discarding the social construct he was given, alter those self-defeating behaviors he since adopted, and transform his self-image. Without opening the emotion attached to the humiliating label, therapy is not likely to succeed. Indeed, had verbal persuasion by himself or others worked, counseling wouldn’t be needed.

The mountain top of truth — knowledge of who he is — is a long distance away. But, as the old Chinese proverb tells us, “a journey of a thousand miles begins with a single step.”