If life is like reading a book, many of us come to therapy when the next page stops us. The white paper rises up and forbids progress.

For the moment, his will triumphs over ours. Forward motion feels beyond our strength.

We set the text aside, but it finds us and opens to the unchanged page, always to this page.

Our nemesis, for so we think of the volume in this way, shows up close by our fear of intimacy or self-assertion. The adversary lurks around the corner whenever we run from a challenge. In the bedroom, the tormentor waits for gloom to inhabit sleep.

The strange companion watches as we make our usual mistakes.

He is the silent manuscript resting on the empty barstool as we try to drink away our woes. You find him sitting beside the distraction of sex with someone we met ten minutes ago.

Infinite patience and stubbornness rank high in his list of qualities. He hangs around, offering us the subtle summons to advance the story.

He knows all the written words that came before. Nor does he tire of watching us repeat them in forms always a bit different, always the same.

It is the tale of our life, the journey so far.

Until we recognize the book as our past path, he will offer us his reminders. Perhaps, if the reader confronts whatever a new chapter might hold, the Monster shall begin to smile.

Wisdom tells him this part of the notebook remains unwritten.

Will the reader acknowledge this? Will he face the creature and perceive that the behemoth is a friend?

Only then might one look back at the title and see “The Autobiography of ___________.” The blank spot awaits a name. The virgin space of parchment offers itself to us.

Shall we take ownership of the only life we have? I mean the unwritten parts.

How many empty pages await, filled with possibility?

Pick up the pen.

The top image is a 1915 self-portrait of Helene Schjerfbeck from the Finnish National Gallery. The second self-portrait is Egon Schiele’s work taken from the Leopold Museum of Vienna, thanks to Professor Mortel. Both were sourced from Wikimedia.org/

I noticed something surprising as a young clinical psychologist. A few of my patients forgot the most significant topics discussed in the previous visit. The client’s memory had been wiped clean as soon as he took a sidewalk step outside.

Let’s break the experience down. We are dealing with various methods of avoidance:

In behavioral avoidance, we stay away from or delay something. Not attending a party, not making a phone call, and side-stepping confrontation all fit the category.

Now think of the failure to recall segments of a penetrating conversation, a separate class of dodging. It is a kind of return to the state of ignorance we inhabited before the talk with the doctor, with an emphasis on the word ignore. This type of avoidance is a more internal, mental event.

Here are examples of the latter:

One of the signs of dissociation is the fracturing of recollection. Parts of an individual’s lived-experience are compartmentalized, detached, put into a psychic safety deposit box. The mind drifts from ugliness, anxiety, or grief. In effect, the person walks for a while in daylight darkness. “Losing” the feelings and ideas raised in-session is an illustration of the phenomenon.

The occurrence doesn’t signify intention. The “disappearance” is automatic and unconscious: daydreaming, for example, to the point of losing awareness of time passing.

We all “space out” on occasion, but the recurrent loss of the therapeutic thread between sessions is noteworthy. A treatment obstacle exists.

Those who take on the unbuffered fury of every problematic life episode become like an unbending tree in a gale, lacking the flexibility to endure its impact. Self-distraction can be a way of moving aside from the indomitable force, at least for a while. Imagine it as akin to taking a breath, gaining strength, and coming back prepared to manage whatever taxes you.

Even so, because psychotherapy must unsettle the client’s internal climate enough to help him change, he mustn’t distract himself most of the time. If after-session contemplation of the therapeutic issues passes in a breeze of internet surfing, work, or socialization, so will the chance for progress.

However much these psychological defenses might be needed, they can also enact a cost. The fraction of the world we evade or forget leaves a smaller world for us to inhabit. Moreover, our acceptance of a miniaturized comfort zone implies a fear that we lack the abilities, resilience, and toughness to stand up to the larger cosmos.

The individual thus shrinks from all the glorious, dazzling, and frightening complexity of the real world. The universe of what is possible contracts: all the foods, adventures, types of people, behaviors, and opportunities for learning vanish. Existence is narrowed and diminished. Walls are built.

Here is an example. I treated many men who didn’t want annual physical examinations. They avoided physicians because they wished to block bad news (illness).

Quite a few of these men demonstrated bravery elsewhere in their lives. In this situation, nonetheless, they escaped reminders to lose weight, stop smoking, exercise, restrict their diet, and reduce drinking. They ignored troublesome coughs and chest pains. Any real malady was no less present, but the fantasy of make-believe health was maintained.

These people willed themselves “blind” rather than taking responsibility for their well-being.

Such individuals evaded conversations reminding them of their mortality and bodily vulnerability. By making a decision not to submit to medical evaluation, they reduced the freedom to know whether they were ill, defeat illness, and display courage in confronting the limitations and hardships connected with disease. 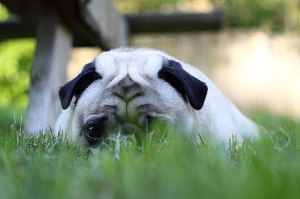 Whenever we duck taking responsibility for our welfare, we give up a portion of the capacity to shape the world to a different and more pleasing form. Whether alert to what we are doing or not, a choice occurs: to claim as our own the disturbing recognition of our inner and outer world or to bury it.

New knowledge, once aquired, always offers us a question: what are you going to do now and in the future in light of what you know?

As the existential philosopher, Jean-Paul Sartre wrote, “If you want x, you will have to (do) y.”

These awarenesses and choices are disagreeable. Otherwise, everyone would make them with ease. They are thrust upon us by the condition of being human. If we keep recognition of our current and past evasions underground, we thereby enlarge the risk of unseen catastrophes, as we do if we walk across the street without looking both ways.

Then, with our eyes ignorant of danger, we are inclined to consider these calamities a matter of hard luck or destiny. External forces appear to have destroyed our dreams. We tell ourselves we couldn’t have changed the outcome.

Maybe, but maybe not. 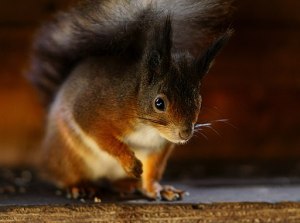 No one escapes trouble, but some number of calamities are preventable given enough time to prepare. That is, if one chooses to see and accept the freedom to push the boundaries of our knowledge of our psychological world to something closer to full size.

Therapists are wise to take sensitive issues slowly, lest they overwhelm the client, and trigger the tendency to “put away” enlightenment (insight) revealed in the office. Even so, no healer believes he can instill fortitude in another person to face his dilemmas where sprouts of courage don’t exist to be nurtured.

If buds are present, however, the counselor becomes something like the gardener who tends to his plants. His job is to enrich the soil and shelter them from part of the wind and cold.

Then, in the best case, the developed vegetable life — now independent — uproots itself, discovers it has legs and walks into a fuller animal life on his own.

In the end, freedom — the path to growth — is not free.

Whatever our life is to be, whatever it was, whatever historical harm we suffered, the life now and ahead is ours.

We must forever choose to make it.

The first image is Papagenato, imported by Archive Team. Next comes Gaze -3, an oil painting by Rajeskharen Parameswaran. The bulldog is called Barlow in Hiding by Andrew Smith. Finally, a Hide Pose by Peter Trimming. All were sourced from Wikimedia Commons.