Are we too preoccupied with safety? I’m not a man perched on the razor’s edge, but sometimes I wonder about the question.

Truth is, Britain’s playgrounds are being made less safe – intentionally. The aim is to promote resilience in children. They hope to overcome the oversight of “helicopter parents” and grow some hardiness in the little ones.

After all, if we want them to become farmers or auto mechanics, they need contact with dirt; if surgeons, there will be blood.

I understand the educators’ concern about an antiseptic upbringing. The suburban life of children where I live is doubtless more protected than the one I found within Chicago long ago.

Concrete-paved alleys and empty lots were my playground, not nicely mowed and supervised school yards. Broken glass might be present from garage windows exploding upon impact with a hard-hit ball. The flat-roofed garages voiced a siren song enchantment, leading us to shinny up their drain pipes for balls lofted on top by accident. Telephone polls were part of the narrow field of play, stones pleaded to be thrown, and an occasional garage abutment was an immovable obstacle. One such clobbered me as I tried to escape being tagged in a game of touch football. Much earlier I’d lost part of a front tooth when I tripped and kissed the ground mouth-first. Might have been my first kiss, but not my best one.

Risk is unavoidable short of a straight-jacketed life. Homes and virtual friends are more sanitized than the peopled world of sex and struggle. One finds a dispenser of hand cleanser everywhere one travels, it seems. We watch our heroes, real or imaginary, taking chances on screens and in stadiums. Us? Not so much.

The ones Nietzsche characterized as the future Übermenschen (supermen) would be the bold ones, the strivers and tightrope walkers. They would stretch themselves in a search for fulfillment of all they could be. Danger was an invitation to living, transcendence of self, (and suffering, yes). Play requires this. The fenced in “herd” might be safer, with fewer challenges, but no life survived their enclosure – no dreams and little joy – only obligation, restriction, and cringing. Too much self-consciousness, for sure.

Some of us find safety in well-worn ideas, the ideas shared by our peers. Learning too can be dangerous; thinking for yourself, as well. So we cling to religious orthodoxy or the received wisdom of the tribe. For myself, I’ve grown tired of hearing the same thoughts over again, unless they offer some poetry of expression. I’d rather be stretched to see if I can think in a new way about new matters. Or reject the ideas because they are only “different,” not “better.”

I try to be an honest man for lots of reasons, aware of this cost: “The life of the honest man must be an apostasy and a perpetual desertion.” So said Charles Péguy, who thereby warned us that our honesty would often be displeasing. Frankness is dangerous enough for me most of the time.

For many, making a phone call is a challenge, raising your hand is a risk, asking for something a set-up for disappointment. Therapy, too, represents “the undiscovered country.” Perhaps you don’t want to visit. Where is danger absent? True, the wax wings Icarus wore melted when he got close to the sun, but he did have quite a ride. I guess security can found in a suit of armor, unless the metal gets rusty. Doesn’t all of our psychic armor get rusty?

The perpetual dawn we want is asking the impossible, but searching for it beats a lifetime in a cave. A part of us wants to breathe the air of another place, another planet.

What to do? First know yourself. How much intensity can you take? If you suffer from anxiety, distress will not disappear except by stretching of the rubber band of your soul; albeit little by little.

Some live for the dance, lose themselves in the music of life, and allow tomorrow to come when it comes. Yes, grief is a possibility, but, as Nick Romano (John Derek) says in the movie Knock On Any Door, you then “live fast, die young, and have a good-looking corpse.” Sounds reckless, but we do need something to enliven us, avoid the slow-death of routine and saying a perpetual “no” to opportunity and adventure. In my estimation, many of us, much of the time, live in an emotional safe zone than permits personal and societal growth. Still, don’t be Nick Romano. Perhaps a recommendation from the stoic philosopher Seneca will appeal more than Nick’s words:

It is truly said … by Curius Dentatus, that he would rather be a dead man than a live one dead; it is the worst of evils to depart from the world of the living before you die.

Intensity can be too much. It doesn’t take long to ruin your life (or your sleep) and good judgement is a precious quality not found at the store. But don’t assume maturity always means being careful. There is wisdom, too, in finding out what you are missing before you miss it. 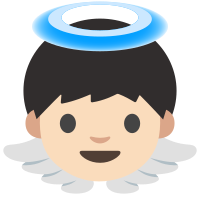 “Being good” is a much misunderstood thing. The question for today is whether goodness requires the acceptance of a place near the end of any line worth standing in … and perhaps too much reflexive obedience to authority.

Leaders often equate morality with rule following: accepting the limitations offered by those who “know better.” Such guidance comes couched in terms of superior external direction designed “for your own good.”

The words “for your own good” have been delivered both as loving concern and an excuse to keep powerless others, especially children, in their place. Then the recipe for “goodness” creates and reinforces insecurity, hesitation, and self-doubt. Praise is cold comfort for those broken under the weight of their obligation to comply.

The counseling profession would be much smaller but for the many survivors of parental indifference, neglect, or mistreatment. The cadre of crushed lives is on high alert for signs of disapproval. Soldiers in this “battalion of the lost” ask for little. Their hopes reside in the belief their superiors will properly weigh their talents and give them what they’ve earned. They stand at attention and wait. Perhaps some think raising a hand is unnecessary in order to achieve quietly coveted recognition. Others are afraid their uplifted arm will be deemed insubordinate.

The multitudes indeed sometimes receive the desired reward. Fairness is served. But random events can disrupt their plan, as can attention paid to the more assertive. Do the meek rely too much on Jesus’s confident assertion, “Blessed are the meek, for they shall inherit the earth”? Even though his promise was a heavenly reward, one must ask how much deference and disappointment is required in this life.

Friedrich Nietzsche, the often misunderstood 19th century German philosopher, warned that conventional morality was an inducement to timidity. He recognized it as a method of control in the hands of both church and state, a kind of spiritual tranquilizer. Nietszche believed such a morality stifled creative powers in the best of men. Instead, obedience, guilt, and servility were encouraged. Other byproducts might include loss of ambition, confidence, and pride. The “herd” humans (Nietzsche’s term) would thus hesitate to assert themselves, be vulnerable to judgement from outside and inside, and abandon their dreams and desires as too self-centered; if they even recognized they had any. 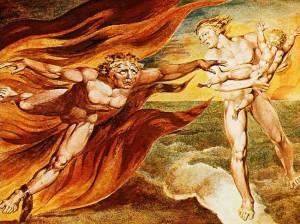 Simone de Beavoir, author of The Second Sex, put the need for self-realization this way:

We are left to ask how much docility is necessary within a competitive society? How much vulnerability to shame is too much? How much deference to your fellow-man is required to be good? Must you routinely ask permission when no one blocks you from opportunities? Must we always give reasons for what we do? Who says the world expects them? Apology is a virtuous and necessary step toward righting wrong, but what of those occasions when no one is injured and you automatically beg forgiveness anyway?

“Wanting,” and “taking” are qualities in need of some limits, lest our lives become a free-for-all. Nietzsche would admonish you, however, not to “throw out the baby” of a fully realized life “with the bath water” of a march-step set to an alien rhythm, ignoring the drummer inside you. The human race survived because it wanted many things, including mates and the ability to defend itself. And, the philosopher would argue, to manifest a “will to power” in the most talented among us.

Thus, the question is transformed from “How much acceptance, obedience, and subordination are required?” to “What will I make of myself?”

Will you grasp the world in your hands, not hope it will come to you ready made? Therapy, within such a model, is not only injury repair, but an invitation to self-creation.

Society clearly requires rules, enforcement of the law, and punishment of those who flaunt it. How then are we to reconcile our moral and civil responsibility to “be good” with our urge to fulfill ambition and desire? Surely virtue does not demand insecurity, and a damning up of that which strains for accomplishment, recognition, and joy.

Perhaps ancient ethical guidance offers us something after all. Rabbi Hillel, the Babylonian Jewish religious leader of the pre-Christian era (a teacher who would have been admired by Jesus) is famous for two lines of thought. The first, according to Wikipedia, is authorship of The Golden Rule:

That which is hateful to you, do not do to your fellow.

But Hillel also said something else:

If I am not for myself who is for me? And being for my own self, what am I? And if not now, when?

No good person wants to cause suffering. Should he not be encouraged to avoid the unhappiness of a self-diminished, inauthentic life?

Can you walk the tightrope connecting Hillel’s ideas? To find yourself and reach your potential while fulfilling The Golden Rule?

To be an advocate for yourself, secure in your right to do so, and at the same honor and defend the rights of others — your responsibility to the community of man?

To avoid choosing self-martyrdom and passivity, passed over and passed by in the hurly-burly of each day?

To seek joy as a decent, responsive, concerned citizen of the world?

Life challenges us to do no less.