We wait. When we were small and Christmas was ahead, the calendar was stationary and the clock immobile. Kids “can’t wait” until the day comes, but they do. No choice.

We watch the watch too much for our health, whether the second hand moves fast or slow. The Algebra exam is tomorrow and you aren’t ready. An evening first-date comes on a “bad hair day” that makes you want to enroll your mane in obedience school, better to follow your comb’s commands.

I had my own battles with waiting and managed to create personal solutions, effective at least a portion of the time. In so doing, I realized some of our problems of waiting and procrastination are self-imposed. Time itself creates the others. I’ll begin with the former, but I hope you have the time to stick around for the latter.

I remember calling a high school beauty for a date. This wasn’t my first date, but among the earliest. I sat near the telephone. I looked at it. The phone peered back at me. The event became a staring contest. Who would break first? Would the phone disintegrate and vanish or could I muster courage and call. Minutes seemed like hours in agony. The longer I waited, the longer the suffering continued. I finally called. The bright and pretty blond said, “Yes.”

The solution to reduce my anxiety was already clear, but inexperience blinded me. The more I put off action, the more time I spent in a state of nervousness. I eventually recognized that, for myself at least, procrastination held no benefit. By taking challenges on with minimal postponement, I gained confidence and so reduced the disquiet associated with hesitation. The pool of cold water doesn’t get any warmer by looking at it and so it’s best to jump in.

The dread of waiting usually involves some catastrophization. At 16, getting rejected is an epic calamity. In my example, the urge to have a girlfriend was greater than willingness to accept a life without female contact. Unfortunately, for some, loneliness is the preferred choice. Put differently, anxiety is paralyzing and action seems impossible. Therapy can help with this, but watching the telephone will not.

A bit of courage is also required to take on the world’s #1 personal terror, giving a public speech. Not only is steadfastness needed to show-up for the presentation, but in managing the passage of time as you deliver the talk. Let me explain.

Imagine having been introduced. Restlessness among the listeners is apparent, perhaps even a few people are talking. Do you begin to speak over them or do you wait?

Experienced speakers allow time to look at the audience and to let the throng settle down. The inexperienced or fearful among us are prone to talk before everyone focuses on the podium. By waiting for them, they will understand the unsaid request for quiet, even in an auditorium filled with teenagers.

Anxious orators often rush their words, believing they must fill the air with the alphabet lest people get bored. I take a different approach.

First, I memorize the speech. This takes a while, but allows for a security in knowing exactly what I want to say. I practice giving the presentation out loud. This is a performance, not a recitation of words dryly read from a text. The keynotes are drama and eye contact.

Some words should be louder, some softer. Portions of the speech are best when fast, others slow. Nervous orators are like long-distance runners who race as if competing in a sprint. They have nothing left for the final lap. Begin at an up-tempo and you can’t get faster. If, however, you start at a moderate pace, you can speed up or slow down as needed. Moreover, you won’t become breathless.

The speaker is wise to allow a few moments to pass without any words. Think of a landscape painting, one with foreground and background. Public presentation is like that, only the background is silence, so that the foreground (your words) stand out. This effect is created by a second or two of stillness, but takes some guts. The quiet might seem (to you alone) like eternity.

All of the above — whether waiting for Christmas or scared to make a phone call — have to do with time. While we can’t control time, we can control ourselves in relating to time.

Time can use us and mistreat us, or so we think. When we wish the hand on the clock to hurry up or slow down, time has the upper hand. For example, he punishes us when we want to be younger or older, when we are waiting in a long line, or when some important news is expected to arrive, whether not fast enough or too soon.

The alternative is to learn how to manage time, as I’ve tried to illustrate. We live “within” the passage of time. Each of us is a time traveler, like commuters on a train whose schedule we did not create.

Lacking control of this relentless force, we must come to accept him in the way of the Zen masters or the ancient Stoic philosophers. Fighting with time is like battling the whirlwind: he is an invisible enemy who evades the sting of our puny weapons. Life is, in part, a never-ending attempt to negotiate a truce in the war with time. The more we struggle by being impatient or terrorized, the more we waste him, or, he wastes us.

As an Indian friend once said to me, “Those of you in the West believe time is your enemy. In India, we think of time as our friend.”

What do you believe?

The top image is an Animated Flying Tourbillion by Freewilly. The second picture is Moiré Uhr by Benedikt.Seidl. Both are sourced from Wikimedia Commons. 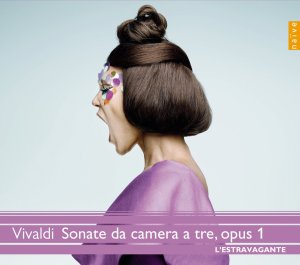 Some people talk too soon, some too late, some too much, some too little. Oh yes, and there are those who talk too loudly, too softly, or too close (in your face).

One of the most common regrets I heard in my clinical practice was from patients who felt that they didn’t have the right word at the right time. Something had happened — usually an offensive comment had been made by another person — and they didn’t know what to say, at least in the moment. Sometimes they’d figure out the right words about three hours later. Others couldn’t imagine a good repost even after three weeks.

There are too many ways to go wrong in everyday conversation and even more in public speaking, especially if you don’t have much to contribute. Adlai Stevenson II told the following story at the Princeton Senior Class Banquet in 1954. It seems that a young and none-too-impressive new member of the British House of Commons approached his party leader and Prime Minister, Benjamin Disraeli:

Even though none of us have had the benefit of Disraeli’s wise counsel, most of us have thought of ourselves as Disraeli did of the young member of Parliament: that we’d embarrass ourselves by opening our mouths. Well, sometimes we will and certainly we all have done it in the past. But few will remember our gaffes and there is no chance of making an impression that is clever, wise, or enlightened without actually saying something. No amount of potential eloquence does us any good if we always have the mute button on.

I’ve made some unfortunate comments myself.

When I was still in school I visited a cousin whose mother had died after a long and especially gruelling struggle with cancer. I extended my condolences, of course. But, as so often happens during such visits, we got to talking about other things. It wasn’t long before I mentioned some minor misfortune that had recently happened to me, characterizing it as a “fate worse than death.” Oops. Too late to suck it back in, no way to un-ring the bell. I apologized, of course, and my cousin didn’t take it badly, thank goodness. She was dealing with the real thing, death itself, not something trivial and stupid such as my comment.

Tactless remarks happen, as uncomfortable as they are. But, as I said earlier, we more often find ourselves wondering why we “didn’t know what to say.” Some people simply are more fluent than others. Their wittiness comes naturally. They also have the confidence to deliver a line that others might keep to themselves.

While I can’t give you a natural eloquence, I do have a few suggestions to increase your chance of saying the right thing at the right time; and avoiding the wrong one:

Be careful of the words you say,
Keep them short and sweet.
You never know, from day to day,
Which ones you’ll have to eat.