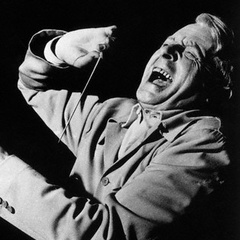 For those searching for joy (and who isn’t), I offer a musical destination. For those searching for defiance — making a statement — I offer the same music, played differently. In both cases the “Ode to Joy” from Beethoven’s Ninth Symphony. You’ve heard it before even if you don’t know it. TV admen for cars and toothpaste made sure.

In a lifetime of listening, the most joyous performance known to me was played by the Boston Symphony under the direction of Charles Munch on April 27, 1956. You might have been brought to tears or thrilled by this music before — and this rendition is thrilling — but, the combustible singers and players, “drunk with fire” in the words of Schiller used by Beethoven, generated an unexpected smile impossible to prevent even if someone paid me to be grim. I’ll give the source below, if you care to put your money where my grin is. 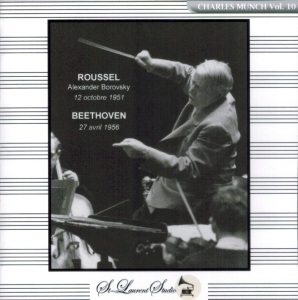 Unfortunately, not only admen and women turn musical art into a tool. Politicians do too. The Ninth was used in Hitler’s Nazi domain to celebrate his birthday, putting the requested performers in a dilemma: to play or not to play, that was the question. One man in particular gave a peculiar, but memorable response. He played the Ninth, especially the finale’s “Ode to Joy” — including heavenly words about a time when “all men become brothers” — as if to transform the celebration into something joyless, toxic, and dystopian. Indeed, until you experience it, you cannot think this piece could be played in this way. Of course, the conductor was already faced with something beyond imagining: the corruption of the most civilized nation of his time, one he called home.

Here is what Michael Tanner wrote about the concert in notes to a CD of the complete performance:

In April, 1942, (the conductor Wilhelm) Furtwängler was tricked by Goebbels into conducting this work on the eve of the Führer’s birthday in Berlin, something he had always managed to avoid before. Try as he would to insist that he was unwell, had commitments in Vienna, and so on, he was forced to take part and conduct it. … And in the last movement, after stupendous ecstasies and paens, the unspeakable happens: Furtwängler always accelerated wildly for the closing bars, suggesting a barely controlled excitement. But on this occasion the last bars are a nightmare of nihilism, a stampede towards the abyss, such as I have never heard in any other music. It is as if Furtwängler is doing what Thomas Mann’s fictional composer Adrian Leverkühn says he will do in Dr Faustus: take back the Ninth Symphony, because all the hope and aspirations of the noble side of humanity have come to naught. But instead of writing a new piece to negate the Ninth, Furtwängler does the unthinkable and revokes the work by the way he plays its own ending.

Tanner is not the only person with this opinion. Lynn Rene Bayley wrote in Fanfare Magazine, “Even if he was not really trying to hurl Schiller’s “Ode to Joy” in the face of Hitler, one definitely gets the feeling that, in his mind on that day, this “Ode to Joy” had become an act of defiance, almost distorting the music (and words) to produce an almost apocalyptic vision of the score. In short, one gets the feeling that Furtwängler was not certain whether he, or German art, would survive the Nazi horror, the war, and the Holocaust.”

Hyperbolic? You can be the judge, since the last four minutes of the performance are preserved below. But do find a way to listen to the piece in some other performance, too. The abyss is not a friendly place.

The top photos are of Charles Munch, the second being the cover art for the joyous performance I lead with. The recording of the Munch/Boston Symphony performance is produced by the St. Laurent Studio, catalogue #YSL T-315. The CD includes a rendition of Roussel’s Piano Concerto and only the finale of the Beethoven. Trust me, you won’t feel shorted by the absence of the first three movements. It can be obtained directly from St. Laurent Studios. Note that prices are in Canadian currency. It is also available here.