The closest I ever came to murder (don’t worry, not close) was on a visit to Cambridge, MA. I’d posted an ad in Harvard Yard, searching for a companion to share the expense of my car ride back to Evanston, IL. Within a few days a pleasant-enough young woman and I set out for the Midwest. The plan required us to stop at the University of Michigan, where she was to begin grad school. I would then continue to Northwestern University on my own.

The 750 mile trip from the Boston area to Michigan takes about 13 hours, plus stops along the way, and more time if you decide to break it up over two days, as we did. It is not an interesting ride. After you get out of Pennsylvania, long stretches of flat ground and bland horizons dull your senses and stretch the time. The conversation didn’t enliven things unless you count the growing disquiet inside of me. A disquieting disquiet: rage.

Indeed, whatever my companion said or didn’t say (I can no longer remember any details) I became ever more irritated with her. As we closed in on her campus, I couldn’t bear being with her for five more minutes. Had Ann Arbor been just a few extra miles, I’d be doing hard time in a Michigan prison for murder. My imaginary plea to the judge? “The car ride, sir, was the cause. The boredom just got to me.”

Irritability and anger, not to mention disgust, are among the characteristics of boredom described in Peter Toohey’s excellent book, Boredom: A Lively History. The book is an easy read and relatively brief — the better, I assume, to avoid boring the reader.

Toohey tells us boredom is adaptive: it signals that we need to get out of the situation we are in and on to something less “toxic.” I’m sure you can create your own list of boring situations, probably not so different from those identified by the rest of us: watching someone else’s home movies, waiting in line, monotonous lectures and sermons, repetitive work, and the like.

I can actually identify the most boring day of my life. I was a college student, just having finished my junior year. The place was a non-air conditioned metal-stamping factory, the site of my summer job. I had two mind-deadening tasks. One was bending the backs of metal bucket seats using a simple machine. The other was assembling a small gasket. Each job took a matter of seconds. Once you learned how to do them you never got better and the assignment never changed. You just did the same thing interminably: for eight hours, five days a week, while swimming in a river of sweat.

I started by clocking-in at 7 a.m., which meant I had to awaken at 5 a.m. If I stayed out late the night before, I paid for it with the extra-strenuous effort alertness required. You know the sensation — each eye lid seems to weigh 600 pounds and even Arnold Schwarzenegger doesn’t have the muscle to keep one open.

The summer was hot and the factory absorbed everything the sun could give it. Water was essential to avoid dehydration. Nonetheless, it was peculiar to be drenched in perspiration at 7 a.m. even in a building where the thermometer registered over 100º Fahrenheit. Dutiful as ever, I did my best to keep from buckling. Three hours must have passed before I looked at the wall clock. Seven-fifteen a.m.! It seemed impossible.

Like a bad science fiction film, time had come close to stopping and eternity was nearer than the end of the work day. A second look at the clock revealed it was actually 7:14 a.m. and two muscular-looking gremlins were working to push the minute hand back. 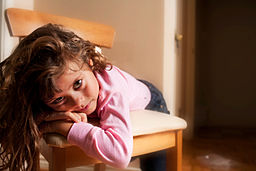 What produces boredom? Peter Toohey points to predictability, monotony, and confinement. He cites research suggesting low levels of the neurotransmitter dopamine can make one “boredom-prone,” needing to stir up excitement and break some rules in order to escape the internal torpor. Unmedicated children with Attention Deficit Hyperactivity Disorder are thought to be short on this substance. Consequently, they are at risk of misbehavior, alcohol or drug dependency, and criminal conduct. Extroverts are more boredom-prone than introverts, needing the external stimulus of an eventful environment to avoid the stolid state of stupefaction.

Even so, everyday boredom is something all of us encounter. A 2009 on-line survey sponsored by the website http://www.triviala.com/ found Britons complaining of six hours per week spent bored. But Toohey suggests another kind of boredom, an “existential” condition. This has variously been called ennui, world-weariness, and spiritual despair, and can spill into frank depression.

The existential variety of boredom is present in those who find life empty and meaningless, usually accompanied by a lack of close community or social connections. If you are familiar with French existentialist writers you’ve encountered Sartre, who even wrote a book called Nausea, a fictional riff on the condition. Toohey’s tome argues several historical factors have led to this. He cites the breakdown of religion as a source of life’s meaning and organization, the rise of individualism, and the way in which large cities inhibit the possibility of intimate human contact while shrinking the average man’s sense of importance (the last is my idea, not Toohey’s).

I’d add materialism to the list. We spend far too much time shopping for “things” with the expectation of receiving satisfaction in the package. Habituation happens as often for adults as for a child on Christmas day: having waited all year for a special toy, he (and we) discover that having it doesn’t deliver all that wanting and waiting promised us. Bored, the toy is shelved, while the adult version (say, a new car) loses its new car smell and the first-drive thrill.

Another thought: “wage-slavery” of most modern work may rob us of the sense of pride and control, while reinforcing the notion of being small, disposable people who hardly matter. Contrast this to the old days, when a free man worked on a project he fashioned from start to finish. The act of total responsibility for creation or completion of a job contributed to a meaningful, engaged, and less alienated life, especially when others in his small community depended on his labor and his presence.

Of course, as Toohey is careful to point out, for much of human history the danger of daily existence and the work required to make a living left little room for leisure; and the sheer hardness of life offered minimal amounts of the idle time during which boredom and unsettling self-reflection might metastasize.

Contemporary living presents more entertainment, activity, and distraction than ever, without having eradicated boredom. TV channels and websites beyond numbering, exercise programs and classes — none of these seem capable of erasing the experience or the word from our day and vocabulary.

Historically, many have looked to travel, sex, and alcohol as solutions to everyday boredom, not to mention getting back to work. Changing one’s routine and reorganizing one’s life can also help. Learning new things, exercise, and performing music are recommended. Communities of friends or association with like-minded people within social organizations provide prophylaxis against invasion by the B word: the sense of time stretching into an empty, endless void. Meditation can be helpful and keep each moment alive. TV doesn’t, by the way. Channel changing should tip you off.

How is it possible that we get bored with a plethora of internet sites to visit, criss crossing tweets, and movies to watch? We have plays to attend, games to play, and great books to read. Still we are bored.

Perhaps an evolutionary psychologist might point at those early humans who sat around and were entertained simply by twiddling their opposable thumbs. They weren’t interesting, didn’t attract mates, and failed to notice the hungry animal about to make them into a meal. In other words, we are not the descendants of early men and women who effortlessly defeated boredom.

Thomas Carlyle, the famous Scottish philosopher and writer, said, “I’ve got a great ambition to die of exhaustion rather than boredom.”

I lean toward Carlyle’s view, but suspect I am already too tired to make his goal my own. Exhausted first and bored soon after, the sound you just heard was me yawning.

Top image: A Bored Person by GRPH3B18. Below that is a photo of a Bored Young Girl by Greg Westfall. Finally, the Souvenir Seller, Moscow by Adam63. All are sourced from Wikimedia Commons.