There are many ways we are informed of our place in the world, where we fit in the lives of others. I’m speaking of relationships and work.

I imagine you’ve read about open body language, making eye contact, pleasing facial expression, and whether we ask another person about himself and his ideas. Such behaviors or their absence provide information about our standing.

I’ll mention a few more later, but the main attraction for today speaks to the question differently. Let me tell you a story.

Two white men chatted in a waiting room a couple of weeks ago, another gentleman and me. He spotted my Cubs hat and struck up a conversation. The time passed in an entertaining, cordial way until his turn came to enter the office.

The out-of-shape fellow employed a walker but had a most pleasant and engaging disposition. I’m guessing we belong to the same generation.

For sure, we shared our love of baseball. But the sports stories he related aren’t what lingers within me. Rather, he told a tale of early employment, unlike anything I knew.

This charming bloke labored in the building industry for most of his life, a muscle-taxing, manual way of making a living. Still a teen, his first job required him to dig a trench, a task of several days.

On the morning of his first day, a truck came by and stopped beside the dig site. The driver’s elevated position in the covered vehicle reflected a higher status since all the other employees engaged in physical challenges exposed to the summer sun and the heat.

“Thanks, but can I have a Pepsi Cola instead?”

The man behind the wheel turned away and drove on.

In the afternoon, the same truck showed up again. My chum looked up as the rig stopped. The now-familiar voice spoke:

The new guy on the job recognized his previous mistake.

“We don’t do that here.” So the big machine sped off. 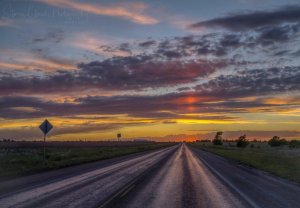 When the workday ended, the rookie took a bit of time to reflect during his trip back to his parents’ house. He wondered what happened. The youthful chap was not stupid, though he had little experience outside of home and school. The second day found him more prepared.

The predictable arrival of the authority figure offered the unsurprising question.

“Good,” came the reply, and, not long after, the creamed beverage appeared.

What do you believe happened between the older man and the younger one? Think for a moment before I tell you what I imagine.

In the world of beasts, birds, and the (so-called) civilized creatures on the planet, there is a form of ranking known as a “pecking order.” Here is an internet definition:

A hierarchy of status seen among members of a group of people or animals, originally as observed among hens.

To fit into the social world, one must learn where one stands, what behavior is acceptable, what is not, when to listen, when to speak, when it is your turn in the “pecking order.”

Thus, assuming my waiting-room companion wanted a tolerable place in the arrangement of laborers, he needed to discover how to behave. In effect, the coffee potentate trained him about his rank and the consequences if he didn’t accept without question the lowly station he occupied as “the new guy.”

If my temporary buddy wanted to continue working in this place, individualism was out. Unless he first blended in with the crowd and followed orders, no guarantees existed. To put it another way, the conditions demanded recognition of even unstated rules, to sink or swim without swimming lessons.

He learned to swim.

I could be wrong and, if you have a different interpretation, please tell me. But, to my mind, the youngster who is now an oldster received the unorthodox instruction — “know your place” — without the remark ever being made.

Bigots of the time said such things when talking or writing about black people.

The story I related took place over 50 years ago. These days, one might realize one’s standing with a “friend” if, for example, he makes you wait but not others or drops his attention to you when someone else enters the room.

Or maybe he engages in monologues without asking you questions about yourself, wants to see you only when he needs a favor, doesn’t respond to calls, texts, emails, etc. 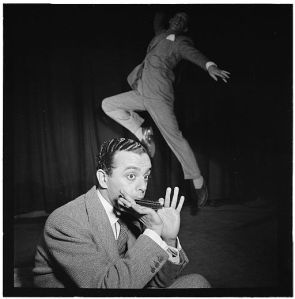 Of course, we all fall short with friends on occasion, but some do it as a matter of routine. Were I to choose from these methods of communication, I’d prefer the method of the construction workers to that of the inconsiderate friend. But that’s just me.

We all have to do some wiggling to find a satisfactory spot in the world. At least for a while until we develop the confidence, strength, and character to say no to the person who imposes unfavorable conditions on us.

And then, if you also have economic security, you can set many of the guidelines and, I hope, be considerate to those around you.

My favorite comment on the role money plays under similar circumstances is best captured in the words of a famous, long deceased harmonica player named Larry Adler.

It is as eloquent as it is vulgar, so turn away if you must:

You should always have enough ‘fuck you’ money.

Sorry for that. No other phrase quite captures the sentiment.

The top two images were created by Laura Hedien in May and reproduced here with her permission: https://laurahedien.com/

The first was taken Outside of Gail, Texas. The second displays a Sunset in Texas. The final image is the work of William Gottlieb, derived from Wikimedia Commons. It is a portrait of Larry Adler and his frequent collaborator, the dancer Paul Draper, in City Center, New York, around 1947.