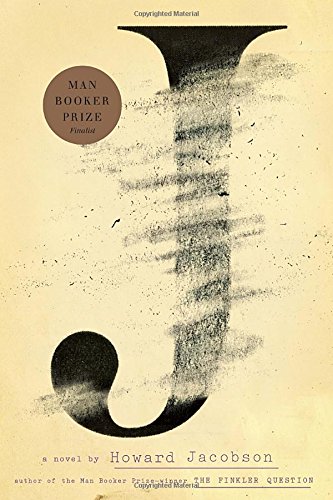 Personality tests put us into categories: introversion/extroversion, thinking vs. feeling, etc. Today I’ll suggest a different method of evaluating yourself: what do you hate? And, by the way, what is the value of hatred?

Dating sites ask you to list your interests, loves, and desires: the types of music, activities, and vacation locations you favor. But wouldn’t you want to know what your prospective lover dislikes? Especially those things that make him red in the face when he speaks of them? What might be on such a list if he were honest?

There are two qualities we should consider for each item on the “hate” list:

As Jonathan Haidt notes in his book, The Righteous Mind: Why People are Divided by Politics and Religion, we tend to form opinions and beliefs intuitively — that is, before we evaluate the facts. Our reasoning brain is not only a step behind our intuitions, but inclined to act as a defense attorney or public relations specialist to justify the instinctive stance.

Haidt likens us to riders and elephants, both within the same person. You might believe your rider is in charge, directing the elephant. On the contrary, Haidt says the elephant — the intuitive and quick acting part of our emotional/intellectual being — is the one who determines beliefs for us most of the time. Only then does the rider get engaged and try to rationalize our convictions. To Haidt, we are 90% elephant-like and 10% rider-like regarding the extent to which our instincts or our capacity for thoughtful analysis, respectively, are in charge.

Haidt, Daniel Kahneman, and other social scientists point to the historical survival value of being able to come to quick decisions, decide who is a friend and who is a foe, etc. Moreover, strong dislikes and hatreds have been a necessary part of staying alive since the dawn of man. Even today, a too-rational soldier might question why he is about to kill another man who, in the abstract, deserves to live just as much as he does. The propagation of our species demands the capacities to love and to hate — the latter, at least, in extreme circumstances.

Now I’m going to throw you a curve. I will offer a thought experiment, meaning a hypothetical scenario, to help us understand the “role” of hatred. What would happen if we erased every dislike in the world and any recollection of those dislikes? How would we be different? Would we all live in peace? 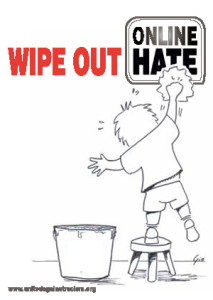 Well, to some extent we can already observe a variation of that thought experiment in the USA and other so-called “civilized” countries: political correctness (PC), an idea not yet in the culture in the 1950s. Back then it was not difficult to find people who were proud of stating their bigoted convictions about various racial, religious, and national groups. I’m not suggesting folks like those disappeared, but public discourse is more careful to avoid frank prejudice. Even some of the most intolerant main stage figures attempt to deny their bigotry, however obvious to the rest of us.

How successful has the PC movement been at tamping down outrage? While there are fewer cross burnings and lynchings, I imagine you’d agree we haven’t wiped out indignation and those who feed on it. Moreover, I believe a real life version of my thought experiment would reveal the invention of new hatreds to fill the role of those eliminated. Kind of like a spring-loaded Pez candy dispenser, once you remove the top object, an ill-willed person will find something else popping up to chomp on.

Those of you old enough to remember the ’90s will recall that once the USSR fell, US religious fundamentalists who could no longer rail against godless communism changed their focus to homosexuality. Their hell-fire and brimstone sermons were directed at “those people.”

Some of our fellow humans — not a small number — are better described by what they hate than what they love. Indeed, one might argue that in the absence of the hated “other,” the angry ones wouldn’t know who they are. Without “sinners” who must go to hell, there can be no humans who are given a heavenly reward because of their goodness — the opposite of whatever they deem bad and deserving of harsh judgment.

Anger is part of our nature; something too handy (necessary?) to completely discard. We bind ourselves together as much by the things we hate (such as, the Chicago White Sox) as the things we love (the Chicago Cubs). Not every sports fan is a maniac, but if even athletic teams can trigger out-of-control partisan riots, as sometimes happens in European style football (soccer), no wonder we are prone to other corrosive divisions: people of color vs. whites, Democrats vs. Republicans, Turks vs. Greeks, etc.

The human race turns with ease into good guys and bad guys, as demonstrated by psychologists like Stanley Milgram in his work on obedience to authority, and Philip Zimbardo in his prison experiment.

For a fictional view of whether hatred would be suppressed by my memory-wiping fantasy, I urge you to read Howard Jacobson’s brilliant novel, J, a finalist for the Man Booker Prize. J presents us with a world without recollection, where history books and mementos are absent and one’s lineage is almost impossible to trace. Ancient enmities and prejudices are forgotten. Proper etiquette requires regular apologies to others in the face of even the small possibility of offense.

This sounds serene, but J describes a world inhabited by metaphorical ghosts who reside in a past never fully described. The negative afterimage of WHAT HAPPENED, IF IT HAPPENED is always in the background — a distant, dark event so terrible (if it occurred, since no one is sure) discussion is discouraged. The book suggests our animal nature is not easily suppressed by laws or political correctness.

Who will win? Our better angels or those creatures who fit a Hobbesian vision where “the life of man (is) solitary, poor, nasty, brutish, and short?” I am rooting for love, but I think our best chance of self-correction is first to look at the human condition in all its imperfection. Jacobson’s J gives us an opportunity to do this. The novel is also LOL funny (at times) and beautifully written throughout.

Nonetheless, the author offers us a cautionary tale of what it means to be different in a civilization full of grievances an inch under the surface. It implicitly asks the reader whether love can triumph over the dark side of human nature — the worm at the heart of the rose.  J will get you thinking about who you are and who we are. The greatest books do.