We live in a culture of complaint, as Robert Hughes first called it in 1993. Maybe a malicious physician transfused the once belittled stereotype of the angry old white men into the national bloodstream. Some younger men now glorify their righteous anger.

Raucous whining was not always tolerated when I grew up. Loud expressions of self-pity and bellyaching served as the stock material of situation comedies. Fulminating males like Jackie Gleason’s Ralph Kramden and Carroll O’Conner’s Archie Bunker depicted the stuff of laughter and futility.

A “real” man projected quiet, decisiveness, and courage, enduring disappointment in silence. Pushed far enough, he settled matters with his fists or on the playing field. After a loss, he got up, shook hands, congratulated his opponent, and returned to do better the next day.

This male accepted the rules. Dads of his kind lived next door to everyone in the 1950s and ’60s. They weren’t an easy bunch, however. A few pushed the family around or worse. Some drank to excess but had comrades and friends who believed in shared sacrifice. Shouldering responsibility was taken for granted.

A dark side lived inside them: crushing, unspoken privacy. One had the sense they kept secrets, things about which they harbored shame.

The “real man” role demanded they carry too much weight, but not the kind measured in numbers on a scale. It came from the psychological armor covering their tender parts. The burden of maintaining a livelihood also added poundage. The home was for the spouse to care for in a time of unmentioned gender discrimination.

Their battlefield, they’d been told, was downtown.

These gents did not kick down or suck up, but the toll of all they were and what they weren’t stalked them. Such fellows put their hearts into fulfilling the standard image of manhood. The ticker continued to beat but also beat them down, failing at an alarming rate in a time before statin medication and a healthy diet.

Much has changed. I’ve described a myth, of course, but one that featured select qualities worth admiring. Its white and black quality matched the lack of color in the movies and on TV. Black men, too, aspired to the white man’s model. They understood endurance.

These fathers were solid. Hard at times, yes, but when a broad hand rested on your shoulder, it encouraged and melted you. You wanted to embody it, to create yourself in the mold out of which it emerged.

The best of men still aspire to a modified version of the old fiction. A new gentleman’s design encourages him to show love to his offspring, listen more, and recite fewer solutions. The spouse is a partner saluted in her desire for fulfillment beyond her mother’s old and conventional slot.

Kids today still want certainty and security from their parents, who, if they allow themselves to remember, recall their own place as children once: young people needful of adults to rely upon.

Francis Bacon (1561 – 1626) acknowledged the challenge: how to persuade your family you will protect them from everything when you aren’t sure you can ensure your own survival.

Bacon believed achieving this required hocus pocus, a magic act of sorts. Guardians hide something, a least for a while:

For most, this entails self-deception, burying enough self-doubts to accomplish the charade, both in the competitive workplace and at home. 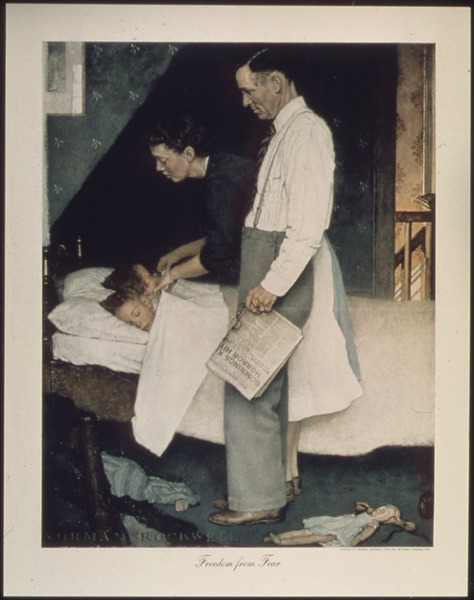 Perhaps the irate men of today are finding the masquerade more difficult. They return from work without a living wage of the kind their poppas achieved — if they have employment. Many seek a reason for this outside themselves and, it must be admitted, there is no shortage of unfairness to point to.

Our triple troubles of unemployment, inequality, and pandemic enable the defensive closing of too many minds. Certitude takes the place of thoughtful examination. Belief in demigods squeezes out the supreme beings who are neglected once the sabbath is over.

Simplified answers drip from those who would misuse the widespread terror of failing at the basic job of meeting family expenses and caring for one’s kids. Their demagogic rants offer an example their followers imitate.

Francis Bacon recognized this dilemma, too, offering the remedy of mindful inquiry, not unsupported jumps to judgment:

Despite the distracting and desperate circus performance sometimes masquerading as leadership, the modest, neighborly man and woman deserve respect. The world would do well to toast their everyday labor to make an honorable living and a home.

These decent souls put their families ahead of their own needs. They form the ranks of our best public servants, the people who do their jobs with integrity. This group of adults continues to give us reliance on the democratic republic we live in. Their oath of office binds them to serve the Constitution and not loyalty to any person.

Hope and the possibility of trust survive, partly due to the faceless and nameless citizens who do not place their advancement on the auction block.

Most of us recognize the same values and work to instill them in our children: enough fortitude to overcome hardship, enough effort to meet challenges, and enough humanity to comfort our fellowmen.

In the face of disease and want, the words of Eleanor Roosevelt (1884–1962) add to Bacon’s 400 hundred-year-old guidance. Roosevelt was a daughter of privilege who lost both her parents by age 10. A timid and frightened child by her own report, she became a voice against racism and disadvantage. Her life was a triumph over anxiety and the second-place status of women:

You gain strength, courage and confidence by every experience in which you really stop to look fear in the face. You are able to say to yourself, ‘I have lived through this horror. I can take the next thing that comes along.‘

You must do the thing you think you cannot do.

The painting Freedom from Fear, reproduced above, comes from the Four Freedoms, a series of four 1943 oil paintings by the American artist Norman Rockwell. The paintings—Freedom of Speech, Freedom of Worship, Freedom from Want, and Freedom from Fear—are each approximately 45.75 inches (116.2 cm) × 35.5 inches (90 cm), and are now in the Norman Rockwell Museum in Stockbridge, Massachusetts. The four freedoms refer to President Franklin D. Roosevelt‘s January 1941 Four Freedoms State of the Union address in which he identified essential human rights that should be universally protected. The theme was incorporated into the Atlantic Charter, and became part of the charter of the United Nations. The paintings were reproduced in The Saturday Evening Post over four consecutive weeks in 1943, alongside essays by prominent thinkers of the day.

As further noted on the UN website, “The Universal Declaration of Human Rights (UDHR) is a milestone document in the history of human rights. Drafted by representatives with different legal and cultural backgrounds from all regions of the world, the Declaration was proclaimed by the United Nations General Assembly in Paris on 10 December 1948 (General Assembly resolution 217 A) as a common standard of achievements for all peoples and all nations. It sets out, for the first time, fundamental human rights to be universally protected and it has been translated into over 500 languages.“