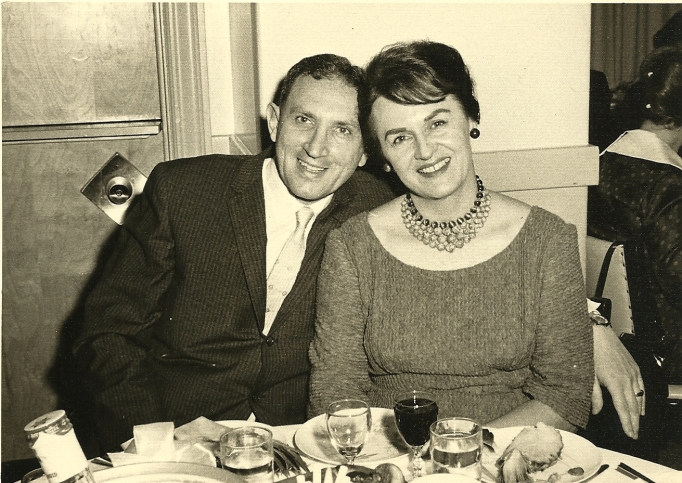 I witnessed something remarkable every day of my early life. At the time I wasn’t even aware of anything special. Indeed, the miracle only registered after the death of my parents in 2000 and 2001.

My father was “in love” with my mother for the entire time they knew each other. Over 60 years. Every day.

Being in love is like the Christmas morning race down the stairs of young children bursting to burst open their gifts. A smile starting from your heart and warming you down to your toes. The electric thrill of hitting the game winning home run. The embrace  of a departed, estranged old friend who takes the initiative to start over. The first time you taste ice cream. Waking reluctantly from the happiest dream you ever had — and then realizing you are living the dream.

Being in love is not the same thing as loving another. Rather, I’m thinking of a never-ending honeymoon love experience. You construct a mental representation of your darling better than she is: smarter, more beautiful, flawless; high-minded even in the absence of philosophical gifts and principled ideas about morality. You crave her scent, her touch, her gaze. Any wrong she does is reinterpreted, made good, scrubbed clean, or forgotten. You cannot bear to be away from her. Her voice is a balm. She seems to have created another world, one unknown until you met her — brighter, deeper, better, kinder because she is yours.

Your friends do not always understand this, even if they have themselves been in love. In Proust’s Swann’s Way, the title character falls for a faithless woman of dubious history and little intellect, the kind of individual who Woody Allen might say belongs “underneath a pedestal,” not the one Swann erects for her. A friend of Swann remarks:

“I do find it absurd that a man of his intelligence should suffer over a person of that sort, who isn’t even very interesting  — because they say she (Odette) is an idiot,” she added with the wisdom of people who believe a man of sense should be unhappy only over a person who is worth it; which is rather like being surprised that anyone should condescend to suffer from cholera because of so small a creature as the comma bacillus. 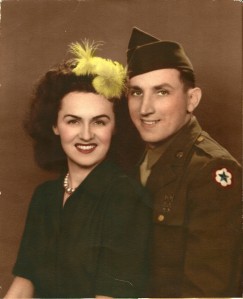 The friends may, indeed, evaluate the beloved more accurately than you do. No matter, you cannot talk anybody out of love once “infected.” I do not mean to diminish the experience by borrowing Proust’s characterization, but only to say the condition does resemble a disease in at least the respects described. The incubation period can be short or long, depending on whether the sweetheart never loves you back or falls out of love first and finds another. And, no matter one’s awareness that such things happen, your pain is not less for the knowledge. Proust again:

At that time, he (Swann) was satisfying a sensual curiosity by experiencing the pleasures of people who live for love. He had believed he could stop there, that he would not be obliged to learn their sorrows: how a small thing Odette’s charm was for him now compared with the astounding terror that extended out from it like a murky halo, the immense anguish of not knowing at every moment what she had been doing, of not possessing her everywhere and always!

We are prone to believing we can imprison and safeguard our heart at the beginning of relationships, our brain keeping the key, until the heart bursts free and puts the brain in the box. Ironic to be taken hostage by a part of yourself even more than by another.

There are, believe it or not, downsides to being in love your whole life. I observed those clearly growing up. My dad could not imagine mom as a less than perfect mother, although she was not up to the job. Even the efforts of my brothers and me to enlighten him found him incredulous. When she inevitably came to dislike his friends or the couples they shared in common, he accepted her right and wisdom in the necessity of ending those relationships. The increasing number of barbs she tossed at him were also dismissed.

My siblings and I did benefit, however, from my father’s delusion. We witnessed a man smitten and devoted. True, he worked outside the home too much for her happiness and ours, still keeping the terror of another “Great Depression” at bay by so doing, but when he was present there was not a second of doubt about dad’s affection and fidelity. Read his Love Letters if you don’t believe me. The idea of a lifelong marriage — of being true to the one you loved — was firmly impressed on the three boys who saw my parents up close.

On balance, the bliss dad received from being in love was greater than any injury he suffered. Even as time transformed my mother into someone less kind and, of course, less physically beautiful, he unconsciously hung the memory of their early days over the reality of her present state. The image sustained him. He was (and considered himself) a lucky man.

We can do worse.