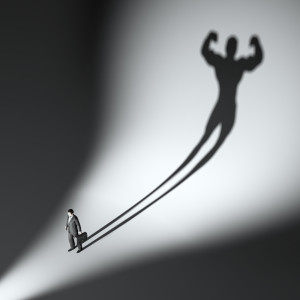 Suicide is not as simple as the combination of a depressed mood and a hopelessness outlook. The Germanwings pilot who crashed his plane did more than kill himself. The mass death of passengers and crew — some who may have been his acquaintances — raises motives one can only guess at. Suicide permits no questioning of the man who undoes his life. Even farewell notes are inadequate to a complete understanding.

A former professor of mine killed himself to send a message, it seems. He was to meet his parents outside of his hotel. Indeed, he arrived on the spot, but jumped to his death from a high floor while they waited. Was he angry with his folks? The conclusion is hard to dismiss.

The news offers speculative details about the German pilot: apparent burn-out, visual problems threatening his career, and a history of treatment for depression.

We spoke a lot about work and then he became another person. He became agitated about the circumstances in which he had to work, too little money, anxiety about his contract and too much pressure.

She continued, “During conversations he’d suddenly throw a tantrum and scream at me. I was afraid. He even once locked me in the bathroom for a long time.”

When I heard about the crash, there was just a tape playing in my head of what he said: “One day I will do something that will change the system and everyone will then know my name and remember me.” I did not know what he meant by that at the time, but now it’s clear.

Maria said her boyfriend sometimes reached the point of emotional dyscontrol. Her words also suggest he was self-involved (narcissistic). Could this quality, combined with his anger, have contributed to his bullying of her? Did a lack of empathy and a grandiose wish for fame — “then my name will be known” — partly explain his dismissal of the many lives he took? If the pilot was feeling inadequate and ineffective, unrecognized (in his opinion) for special talents, might the prospect of a grandly infamous act be empowering and fulfill his belief in his own uniqueness? If you think of yourself as some sort of frustrated giant, your attitude toward the pygmies around you can range from indifference to rage. It is also possible that such animosity was directed at Germanwings, with the passengers and crew viewed as collateral damage. All of this is speculation, of course.

Those who are severely depressed rarely pose a risk of harming anyone else. Depression is too immobilizing at the extreme, reducing the ability to carry out even routine daily activities, such as getting out of bed or cleaning oneself.  Were the pilot only depressed, a satisfying explanation of his behavior becomes difficult.

Nonetheless, suicidal patients can be indifferent to another sort of damage: the emotional pain of loved ones left behind. Therapists encounter clients who assert that their family would be better off without them, and/or would recover quickly. When you consider yourself a burden on your spouse, children, or society, it may be hard to imagine the loss of your life mattering very long or very much.

The profoundly depressed can experience a limited time horizon: even if they were happy in the past, a better future than the agonizing present seems impossible. Judgment is impaired and alternative methods of reducing their suffering appear ineffective or out of reach.

Most depressed people display enormous courage in the simple act of functioning. Those who recognize the injury they will do to others and who choose to stay alive for their sake are admirable. It takes everything in them to keep fighting when the internal wail of pain begs to be ended. Take care not to render quick judgement of those who opt for oblivion, when Death, a bigger than life opponent, has the last say.

A sense of belonging tends to reduce the likelihood of a suicide. A pointed example of this was a man who vowed not to kill himself because of the loss of most of his family to the death camps of the Holocaust. He reasoned that he did not own the right to choose an end to his life, because they had no choice in the termination of their lives. He was “connected” with relatives (and responsible to them) even though almost all died before his birth.

In antiquity suicide was not always considered dishonorable. Indeed, a handful of countries today permit assisted-suicide. Shakespeare’s Julius Caesar presents a suicide by Marcus Brutus, a man who is nonetheless eulogized as “the noblest Roman of them all” by his enemy Marc Anthony. The Stoic philosophers, in fact, saw death as a reasonable way of escaping the pain of life, although they believed men should show courage in their approach to difficulties rather than submission to them. Indeed, the Stoics urged indifference to the common reverses so troubling to us, like loss of status and wealth. The Catholic Church was a powerful influence on suicide becoming verboten in a moral, religious, and legal sense. Religion, however, is not required to take a position against suicide. The 18th-century German philosopher, Immanuel Kant, did this based upon reason alone.

There is no certain and complete explanation of the Germanwings tragedy, as stated earlier. One can only raise questions based on limited data. Even with more time and commentary we won’t have full access to what was going on inside the unfortunate young man. His death alone would be tragic.

What can one say about the hostages and the friends and family they leave behind? There are no words.

Two days after I posted the above essay, the New York Times published an article that is consistent with mine: The Mind of Those Who Kill, and Kill Themselves/