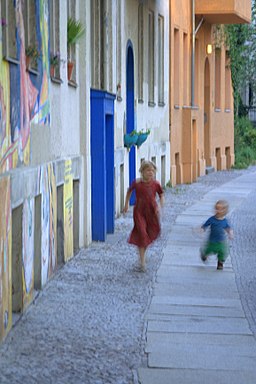 Are there endangered emotions in the world, much like endangered species? The ones that disappear? Most of us had sentiments and enthusiasms as small children we now rarely experience. What might they be? Can we get them back?

The greatest events of life, I’d argue, are fleeting. The birth of your first child is one. An early, electric kiss. The clichéd “thrill of victory” as it is felt, not reported. A musical performance of sadness or exultation so powerful you float and reverberate for days. Immediacy, intensity, and loss of self-awareness are found in these moments. Routine breaks. One is swept away.

What do we try to do with such things? Extend them, for sure. Go back to the source and regain them. Produce more children, maybe; more kisses, for certain. Play in additional ball games, too. Perhaps attend the repeat-performance of the concert the next day. But, the repeat almost never captures the wallop, the poignancy of “the first time.”

Does the picture of a speeding bullet seize the essence, help us remember and relive it? The most precious things and people are priceless, in part, because of their short supply and elusiveness. Here and gone. No matter the effort, we can’t catch an emotional deluge in a bucket and keep it in the fridge, just so.

Yet still we try. We want the honeymoon to be endless. We want our child’s spontaneity to continue forever. We think the earth-moving moment should be mounted in a frame or frozen under glass, but its soul is in the movement, not the stillness. The carefully preserved butterfly does not fly.

Some of us, as we age, lose even the ability to be astonished by life, bowled over by happiness or love, sensation or tenderness. Most want a bit of protection, so we add, without thinking, one layer at a time, beginning in youth. Seems safer, more necessary, less risky. The arrows of fate then won’t pierce as far, hurt as much, or so we believe. We want to escape fatal bullets, but unintentionally kill ourselves – the life in us – by trying to avoid them.

The bravest therapy patients attempt to change no one but themselves in their effort to recapture the innocent wonder they had at the point of creation, or grab the life-enkindling thing for the first time. They have the courage to recognize the mirror’s image, to overcome the pain of treatment, to outlast and out-will the unendurable: a kind of therapeutic integrity not to be denied. They grip tragedy and wrestle him to ground. They rip the emotional scabs off their being and bleed until purified and joyous. I still cannot believe how open they are.

As an observer of myself, I can characterize personal life from my 20s to the present as an opening more than a closing. My work required this openness, but so did full immersion in the best private moments as they happened. To my continuing surprise I become more open, not less, even now. Saying what others might not say, but only think; expressing the deepest part of myself to those who care to listen. Looking into your eyes if I am touched by your being. Life hurts more this way, but feels right and perhaps I have no choice: I became and am becoming such a person with little intention. Who knows what version of myself might appear tomorrow?

Death sets the border on everything. The cliché tells us the cemetery is full of irreplaceable people, the last stop on a human world in transit. The trains of life’s are always in motion, much as we want them to wait a minute. The best of them are swift. That’s what makes a train. No picture of a locomotive moves at 60 mph unless you throw it across the room.

So my advice to all of us is this: eyes open, heart open, stay alert, let down your guard as much as your dare; but don’t lose the best of yourself. Make love to life as if she were your first and last, both. She just might be.

Of course, I’m uncatchable, but catch me while you can.

As the advertisements tells us, we are all on sale for a limited time only.

The top image is called Berliner gör’n by Till Krech and is sourced from Wikimedia Commons.