He might be your father, brother, or uncle; a friend or a neighbor. He goes off like a roadside bomb or sits and simmers before boiling over. He could also be you: a grumpy, irritable, angry old white man. The kind of creature whose head revolves like a searchlight, looking for something or someone to piss him off; the guy who yells, “Get off my lawn!” Bitterness personified.

Endocrinologists point to low testosterone as a possible cause, especially past 60, when some males begin the hormonal decline. I’ll focus on the human rather than the chemical equation: what it feels like to be an aging white male. Don’t discount the hormonal changes, but research them elsewhere.

Let’s start with what constitutes a young man to better understand the same person in 50 years time.

Males pass through a stage of feeling almost invulnerable and immortal, at least on occasion. They rush to fight wars, compete for mates, and try to climb higher than others. Women perform a selection of these tasks, but few teenaged girls believe themselves indestructible.

I was neither a great athlete nor the smartest person I knew at any point in life. Yet, I know whereof I speak. There are moments when a young man believes he can do almost anything. For some the hubris comes in athletics, in academics for others. The babe-magnets fancy themselves as sex machines. Kids I knew took pride in intimidation, rocket-like racing, placing first in fierceness, or towering over others as regents of recklessness. Even those who broke rules grew in foolish conceit. Boasts were heard about consuming the most beer in the bar.

This silliness seems built-in, tied to the need of early men to attract females and save their own skin from beasts and bullies. Ambition and power fed your chance of spreading your genetic seed, an evolutionary but unconscious imperative. From a survival standpoint, wars wanted winners and trees needed climbing for their fruit.

Among my youthful acquaintances, I’m sure much of this was already present in the watery womb. But I am not talking about angry kids; rather, how the sense of immortality and competitiveness necessary in youth sets some men up for a disappointing and overwrought old age. If a man lived through injustices and disappointments early or late, his rage — once bottled up or transformed into ambition — now goes nowhere productive, at least to no meaningful arena for a staged competition. Such battles as he fought in the world of work or on the athletic field are foreclosed. You can still be an award-winning body builder at 65, but all the comparisons are with people your age. A real man of the old school knows the difference.

The indignities of aging seem to cause women less trouble, or at least less public aggravation. They are better sports and, ironically, superior at manning-up to the depredations of time. The suicide rate of old bucks skyrockets. Data from the American Association of Suicidology indicates the elderly made up only 13% of the population as of 2010, but accounted for 15.6% of all suicides. Moreover, men over 65 committed 84% of suicides by seniors, and this percentage grew as they aged.

Unless you are a rare old man, indeed, you’ve lost a step, an edge, a bit or more of your balance and grace. The IQ and neuropsychological tests display the results; so does the mirror. Even the beer drinking boaster takes longer to recover from his hang-over.

Some domains are uniquely problematic for the male. My physician tells me there are only two categories with respect to an enlarged prostate: those men who have one and those who are going to get one. Nor does the sexual trigger work as dependably and well. A 55-year-old male patient proclaimed: “I’m not the man I once was, but once I’m the man I was.”

I could go on to infinity about aches, pains, loss of hair and color, sun damage to the skin, and more frequent urination. The sixty-something male is sexually less relevant (his studly days having passed), evolutionarily irrelevant for the same reason, invisible to almost everyone (including young women), and gets called “sir” much too often for comfort.

The twenty-first century adds to this list: frustration over mastering the exponential growth of technological change, the supreme domain of youth. You are probably sick of reading my catalog of slow decline, so just imagine the poor guys who are living the descent and whose age-related sleep problems give them more time to stew.

Either retirement or involuntary unemployment is perhaps the biggest loss and driver of a man’s ire. Unless he is extroverted, job site friendships tend to fade away and he has not usually nurtured intimacy outside his family. Too many men lack an identity beyond labor. Women suffer labor pains in childbirth, but men suffer them by the absence of meaningful work. By 60, unless you are so grandiose as to run for President or be a major CEO, your working future is foreshortened.

The situation is different (but no less frustrating) if you remain on the career treadmill due to financial necessity or a failure to accomplish long-time goals. Few of us are like Warren Buffett, Picasso, Stravinsky, or Frank Lloyd Wright, producing wonders late in life.

Voltaire said, “Work saves a man from three great evils: boredom, vice, and need.” Once his formal working life ends, unless the old man possesses enough cash, interests, and friends, he is in trouble. A narrow vocational focus sets him up for a painful retirement or unemployment. Labor provides a sense of worth and accomplishment. Men need to be useful. A job normalizes and distracts him, keeps depression at bay while dissipating the “fight” in the surly chap we are describing.

There is considerable data linking an early retirement to an earlier death: Retirement kills. A vocation orders any life, providing a timetable and a list of tasks. Without the scaffolding that structures perhaps 50 hours or more a week (if we include travel to and from the job) retirement or unemployment can be disorienting and frustrating. It is only a short step to depression, alcohol abuse, anger, or all three. Think again about the place of vice on Voltaire’s list of “three evils” and remember: one of the “seven deadly sins” is wrath.

Time is a cruel and ironic jester to the angry old white male. The latter is both idle during the day and imagines too little lifetime ahead. Moreover, the years pass with a psychological rapidity unknown to the young. Three-hundred-sixty-five days still make a year, but somehow the revolutions around the sun go faster.

The irrelevant elder must either reinvent himself or suffer an internal upset that has eyes: it looks for a target. Neighbors, politics, friends, relatives, children, young people, and minority groups are the usual suspects. The partisan broadcast media stir the political pot and fuel the sense of unfairness. Their incentives, whether a genuine belief in how to right the lopsided world or the lure of big money and influence, spell trouble for those whom they transfix. The poor old exasperated white man is their white bread and butter, regardless.

Once king of his castle, he finds his loyal subjects (aka, his children) have their own lives. Perhaps his proud and powerful fortress is both emptier and shabbier with the passage of time. Since it is not manly to weep, he rants. 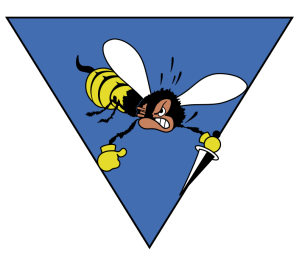 None of this is good for blood pressure or happiness. Nor is the irritable and ancient buck likely to read this or anything else for advice. His anger seems righteous. The problem is perceived to be elsewhere. A spouse hesitates to complain or utter worries about the mental state of a man who resembles Caligula, the insane Roman tyrant. Still, a family intervention might be needed, with the group of relatives and friends reinforcing each other’s concerns about their kinsman. A trusted physician is another possible voice to enlist for advice, diagnosis and treatment of any contributory medical issues.

Therapy or retirement coaching is indicated, but only if you can get this injured soul to submit with an open heart. The odds do not favor a trip to a counselor. Regardless, our subject has a selection of possible tasks to complete for a better life:

Lost time, diminished abilities, and the realization of mortality drive a few people mad — mad in both senses of the word. There is no time to waste. Most men are offered two opportunities for heroism: the risk-taking of a robust youth and a walk into the twilight of life. Dylan Thomas’s recommendation to “Rage, rage against the dying of the light” (listen to him below) doesn’t serve most of us well. The twilight can be beautiful or terrifying. Which one depends on luck and attitude. Since we control but one of these, the only real choice is to change the latter from terror and anger to gratitude for what we still have, acceptance of what we don’t, and pride in a life well-lived.

The image of the Angry Man is by Emery Way. The cartoon is the Ensign of the 21° Gruppo (Angry Wasp) of the Italian Air Force by       F l a n k e r. Both are sourced from Wikimedia Commons.