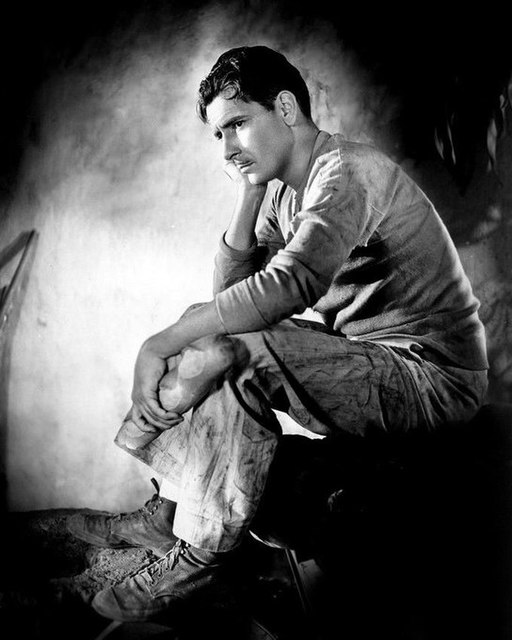 I don’t go to a great many films and, perhaps, unfortunately, don’t rent many either. But this wasn’t always the case. As a result, I can recommend three very old films that continue to move me every time I watch them:

1. The Best Years of Our Lives

On almost every list of the 100 best films ever made. A 1946 film starring Myrna Loy, Frederick March, Dana Andrews, Virginia Mayo, Theresa Wright, Harold Russell, and Roman Bohnen, among others. The film won seven Academy Awards. It tells the story of three WWII vets returning to home to their small town. One a banker turned infantryman. Another, a “soda jerk” (someone who worked behind the counter making milkshakes and the like) turned bombardier; and the third man, a star high school quarterback engaged (literally) to the girl next door, turned into a sailor who did not quite go down with his ship, but lost both his arms in surviving.

The movie is touching and heartbreaking in its effort to present a frank appraisal (for the time) of the costs of even a just war as these three good men struggle to readjust to civilian life.

The newly returned banker (Frederick March) drinks too much and discovers that dollars and cents don’t have the same meaning to him as they did before he fought beside less well-to-do men of courage, loyalty, and integrity.

Dana Andrews, the Air Force captain, finds that the beautiful wife he impulsively married isn’t a good match for him now that he suffers from “combat fatigue,” a disorder that would be labeled Post Traumatic Stress Disorder (PTSD) today. Moreover, he must contend with the fact that the heroism he displayed during the war doesn’t guarantee him a good job after his service has ended.

Harold Russell, a non-actor, gives an earnest performance as someone who cannot bear to be a burden on others now that he has primitive prosthetic arms and does his best to discourage the young woman who still loves him because he believes her feelings are based only on pity.

For me, there are many extraordinarily touching moments in this film. I will mention only two: the moment that Frederick March first reunites with his wife after years away from home overseas and Roman Bohnen’s understated but oh-so-sensitive reading of the citation that his son (the Air Force Captain played by Dana Andrews) received for his heroism. That brief scene says all one need ever know about a parent’s pride in his child.

The film is long and slow-moving by contemporary standards, but the moderate pace allows more character development than usual. If you have the patience, you will be rewarded.

2. The Prisoner of Zenda

First, a disclaimer. I love Ronald Colman. He is a now largely forgotten matinée idol of the ’30s and ’40s, as elegant, suave, and handsome (but in a more refined, cultured way) than the male stars of today. I forgive him for the fact that he was not a great actor. But then Gary Cooper, John Wayne, James Stewart, Tyrone Power, and Alan Ladd, all contemporaries, were worse in my judgment.

Colman stars as a British citizen on holiday in a fictitious Eastern European country who accidentally stumbles upon a cousin who is the crown prince. The catch? They look like identical twins (Colman played both parts, of course). And when the Prince’s evil step-brother Michael poisons his favored sibling so that he can assume the throne himself, the British cousin is asked to substitute for the king-to-be at the Coronation until the real prince can recover and take the throne.

Things don’t go as planned, and the charade continues on, long enough, in fact, for our British cousin to fall in love with the woman who is betrothed to the man in captivity. This is an old-style 1937 swash-buckler co-starring Douglas Fairbanks Jr., Raymond Massey, David Niven, Madeleine Carroll, C. Aubrey Smith, and Mary Astor (of Maltese Falcon fame). And, it too will touch you, as its ending is bitter-sweet.

The film is based on the popular novel of the same name by Anthony Hope. If you’ve already seen the movie or read the book, know that Hope wrote a less impressive sequel called Rupert of Hentzau (named after the character played by Douglas Fairbanks, Jr).

Do avoid the much inferior color remake with Stewart Grainger and Deborah Kerr, as well as the later comedy adaptation starring Peter Sellers.

Another 1937 classic, based on a James Hilton novel, again starring Ronald Colman, Sam Jaffe, and a very young Jane Wyatt (best known for her role as the mom in the ’50s TV series Father Knows Best, which also featured Robert Young).

This time Colman plays a disillusioned British diplomat who is kidnapped along with his brother and several recently rescued Brits and Americans, to be taken to a place called Shangri-La, a community situated in a temperate valley within the otherwise bitter cold of the Himalayan Mountains. Colman discovers something unbelievable there, a utopian society where people are not only tolerant and understanding but are rumored to live unusually long lives.

Remember that this film was made on the verge of World War II and the character played by Colman reflects the contemporary sense of discouragement about continents on a collision course, as well as a “this is too good to be true” response to his new home. Of course, there would be no story unless Colman’s adjustment was less than perfect. He falls in love with Jane Wyatt but also feels duty-bound to get on with the work in the outside world required by his career in His Majesty’s diplomatic corps.

To further complicate matters, Colman’s younger brother (played by John Howard) has fallen in love too, but with a woman who can’t wait to leave Shangri-La. What will Colman do? And if he leaves, will he ever return to take over administration of the community, as this was the reason he was kidnapped in the first place?

The movie is interesting for another reason. Some of the footage in the original version of this film was cut because it was thought that there was too much anti-war and women’s liberation sentiment. Indeed, the character played by Jane Wyatt is an astonishingly independent and intelligent female for her time, when most actresses were docile and deferential by today’s standards. Unfortunately, the seven minutes of the cut film were never recovered, but the soundtrack of that portion of the movie remained intact. Thus, the videocassette and DVD releases have used “still” and publicity photos, cleverly manipulated to simulate some action, to replace the minutes where no movie film remains. But be careful not to confuse this classic with a 1970s remake in the form of a musical.

In any case, the feature remains a worthy one. Its portrayal of a better world, not in heaven, but heaven on earth, is attractive. To paraphrase one of the lines in the movie, let us hope that we all find our own Shangri-La.

The photo is of Ronald Colman in a publicity photo for Condemned (1929). It was sourced from Wikimedia Commons.