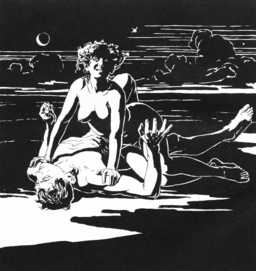 Virtually all of us have spent time as emotional grave diggers, working hard to bury our feelings. “Those feelings need to be got rid of,” we say to ourselves. “They do me no good. They’re old and unattractive. No one else wants to hear about them.” And so we push them down, as far under the surface as we can manage.

If only it were that easy. Too often, the feelings are like vampires: they don’t stay buried because, like the vampires, they are “undead.” After dark the earth moves and soon enough the coffin is empty and the hurt feelings are once again at liberty to suck the life out of us.

Why do we do this? We want to end the pain, of course, and this burial seems the most direct way.

The burial tends to start with some sort of rationalization. Most of us compare things. People inclined to ignoring uncomfortable feelings often see the misfortune of strangers as reason to delegitimize their own pain. If you had a difficult childhood, you might tell yourself that “Everyone had something like that” or “My life wasn’t any different from most of the other kids I grew up with” or “How can I complain when I didn’t get physically abused and there was always enough food to eat?” And it is almost always true that there is or has been someone worse off.

Therapists call the attempt to normalize one’s experience — the mental gymnastics that some people do to minimize their suffering — a kind of invalidation. By that they mean that the person is discounting his pain; negating his own feelings, usually by the intellectual exercise of comparing. And since he might well have been told at some point, in words or actions, that his feelings weren’t important, he now has the additional problem of saying it to himself. It is one thing to be alienated from the world, but self-invalidation adds a level of estrangement from yourself on top of that.

Our instinctive withdrawal from pain seems the only right answer when we ask, “What good would it do to think about this? It is over and done.” We hope that time alone will heal whatever small wound is there, even if it isn’t too small. Meantime, we get on with the funeral rites and the premature burial.

But, think about it for a moment. Is the pain of a surgical procedure any more or less acute because someone else has more pain than we do? And does it really make the fact of your unhappy childhood or lost marriage any more pleasant because others have had it worse? Perhaps if you are suffering in a group of compatriots who share your tough times, as in wartime, does shared misery provide some solace. But when you try to make yourself feel better by reference to an abstract group of strangers who have had it bad, there is little comfort.

Ultimately it doesn’t change the way you feel to know that, as I was frequently reminded over the childhood dinner table, “You’d better eat your food — people are starving in India.” The good but unlucky folks in Asia were simply too far away to influence the way I was thinking about the food right in front of me. Suffering and unhappiness are very personal and immediate. The comparisons are usually not of great value, in part because we can’t get out of our own skin. Even distant memories of our own earlier and greater suffering usually don’t salve the pain of the moment. 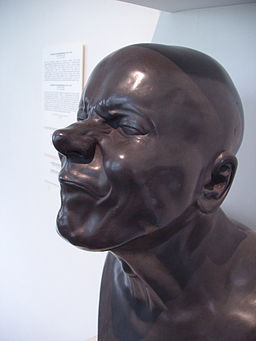 Of course, it is true that everyone has misfortune; some more, some less. But if your own history of pain haunts you despite your attempt to plant that undead feeling in an emotional cemetery, then perhaps something else might be required. The therapy of grieving usually involves the following:

Validating your sadness doesn’t mean giving in to it. Indeed, if you grieve the injury you will eventually find that your feelings will have been “defanged” — carry little bite. They will hunt and haunt you less. You will feel stronger and less dogged by the undead emotions you have long been running from.

Stop running. It is the running that has given your vampiric emotions the opportunity to repeatedly torment you.

If you give your wounds attention in the daylight, eventually the vampire who feeds on them will not come for you at night.

You may find the following post of related interest: Are You Too Emotional?

The Vampire is an ink drawing by Ernst Stöhr, first in Ver Sacrum, 1899, issue 12, page 8, sourced from anno.onb.ac.at. The second image, Emotions, was downloaded by Access. Finally, the poster shows the official logo of World Compassion Day, founded by Pritish Nandy Communications. The logo is the work of PriyankaShah69. All three images are sourced from Wikimedia Commons.