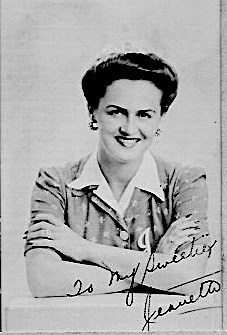 I’d known since childhood. Mom told me her dad had been hospitalized with the Spanish Flu during World War I. Millions perished worldwide, 675,00 in the USA, not just the old but young adults in their prime.

I didn’t think much about the averted calamity. The event hid behind my eyes while I focused on the world in front of them. Too bad I buried the idea of his medical confinement. I could have asked granddad before his much later, real burial rites.

Eventually, a new thought pushed up for my consideration. If he’d died, my birth vanished with him. Jeanette Stein emerged in late 1918. Without Leo Fabian, no mom, no marriage between her and Milton Stein, no baby psychologist Gerry, no superman Eddie and champion bodybuilder Jack, my brothers.

No Sam Fabian, either — my uncle and his three kids. No grandchildren at all.

Long before my folks passed on, they gave me three large photo portraits. One of them showed Leo and Esther Fabian (my grandmother) with their first child, Aunt Nettie. Like all such images of the time, the posed picture was undated and formal — a no-smiles-permitted, dress-up occasion. These staged likenesses displayed dignity, pride, and status, along with severity.

My imagination didn’t go far with the story of a family cut short. The brain inside me allowed minimal consideration of the image or its implications.

They were patient from the start, you might say. Waiting for me to discover their undivulged secret.

At some point, I observed the front of my grandmother’s black skirt rising over her white blouse into a baby bump just below her diaphragm. Seen but not interpreted, not realized as carrying a contradiction in addition to a new life.

Then it struck home.

Leo Fabian, the surviving target of the pandemic, fathered a second child before his illness. Esther was pregnant. My mother’s appearance in the family play didn’t depend on her father’s survival.

The perception of my history swiveled at the knowledge. What would have happened to Esther if she became a widowed mother in 1918 with two preschool children? A woman with limited English and no trade or training to make a living for herself and those young ones?

Would she have found a way to cross the ocean back to Lithuania? How would the overseas clan have accommodated newcomers amidst the turmoil of the just-ended WWI? If they survived, would all of them then die in the Holocaust some 20 years ahead?

Might one of her sisters, who also came to America with her, permitted the three to move in? Wait. One of them died young and left her own three children. The widower husband, Harry Kraft, married the remaining unmarried sibling. No guarantees of a safe harbor there.

Might an orphanage have been the little girls’ fated destiny?

Or maybe Esther, Nettie, and little Jeanette would have lucked out in an unimagined way. 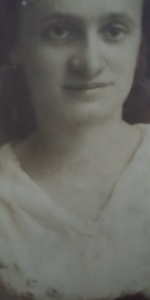 None of this is knowable. You might ask, though, why it took me so long to recognize the photographic evidence for what it was.

In any case, from my perspective, Leo Fabian’s recovery from his illness was essential for mom’s romance with dad, probably even her meeting with him. 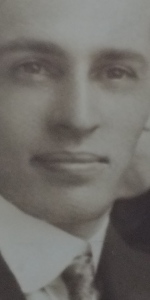 Of course, some of you may believe fortuitous relationships are “meant to be.” It is comforting if life works out as you wish it; more disturbing if a guiding hand sends you in an unwanted direction.

Many others, the author among them, believe chance plays a big factor in every past, present, and future.

Or perhaps, along with some quantum physicists, you’ve decided that infinite versions of our lives are being lived at this moment, all simultaneously, all different. No less than Stephen Hawking thought so.

In the end, no matter what you do with such thoughts, you are immersed in the one world we inhabit (even if it is a dream).

Best to concentrate on staying afloat.

A full-time job, for sure.

The first image is my mother, probably not long after her marriage to my dad in 1940.  Then, in succession, my Aunt Nettie when she was still the only child of Leo and Esther, Esther’s baby bump, Esther, and Leo. Other than the top photo, they all come from the early family portrait of the Fabians mentioned in this essay.