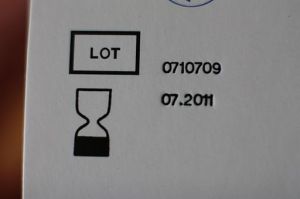 You reach for a product in the grocery. Say, orange juice. You read the label. “Best if used by  ______.” Fill in any imaginary future date you wish.

All of us are a bit like those products. We too have our “use by” dates. No point in trying out for the local football team at age 55. Your skills are past their official, time-stamped point of expiration.

Let’s look at a few others.

Here’s one you probably care about. A man’s hair is optimal at around age 20, for women 25. About 70% of males and 40% of females will suffer some hair loss. The good news here is a South Korean study suggesting such men are rated higher in social maturity than those without this problem. Or maybe it is just the glow from their balding pates that makes others think they have composure and sophistication.

Check out the guy in the upper right corner for an example of the glare and, perhaps, what social maturity is supposed to look like. I’m confident about the former, but suffer occasional doubts about the latter.

Grip strength peaks between 26 and 35 for men, remaining close to the peak through the early 40s. Women achieve optimal performance from 18 to 25, but also retain much of their power into their early 40s. In other words, folks, you can arm wrestle effectively into middle age.

The average man’s hair begins to gray around 30, five years later for women. For what it is worth, I remember finding white hairs when I was 12, so don’t take any of these numbers to heart. We are talking about people in general, not you in particular.

The best time to acquire a second language is arguable. Some say 11 to 13, unless you’d like perfect pronunciation, in which case you need a faster start.

Want to run a Marathon? Twenty-five to 35 seems to be the interval of best performance for those who make a long distance career. Only up for a mile? Then 31 or younger is likely to be the sweet spot. Aerobic capacity declines, as runners and trumpet players are aware.

If you hope for a life in ballet, the experts recommend study beginning in the 7 to 11 range. Injuries shorten careers. Most who reach the stage retire in their 30s.

A baseball player has been thought to peak around 27, although newer research suggests 29, with a gradual falling off in performance.

Bad news, men: the fastest and firmest erections are evolution’s gift to 18 year olds, who are either impressed or embarrassed, the latter when the expansion arrives spring-loaded, instantaneously, and evident with your trousers on in public. I’ve seen surveys saying a woman’s sexual prime is around 28, while others locate the years from 30 to 35 as the all-around ideal.  If, however, you ask females in their 50s or 60s when they had the best sex, one study identifies the average answer as 46. A woman’s comfort with her own body appears to be an important variable in sexual satisfaction. A mate’s proper attention is still another.

How about the fertility question? After 30, research points to a three to five percent annual decline in a female’s capacity.

The historical data on hearing problems is compromised by the increasing city background noise exposure and the unthinking action of too many who listen to loud music, “live” or by inserting tiny speakers in their ears.

Should you go to symphony concerts, you might see clear plastic shields on stage to minimize the auditory damage to the musicians themselves, especially those seated near brass and percussion instruments. A number of players wear ear plugs at peak volume moments. Twenty percent of all Americans report hearing loss, with some decline beginning at about 18. By age 65, one-third of Americans are afflicted.

A personal anecdote: When I was in fifth or sixth grade I was paired with a clever girl in a game of “spin the bottle.” She began our session alone by asking a question:

Gerry, did you know the most beautiful girl in the world is deaf?

What did you say?

Back to the list. Google describes collagen as “the main structural protein found in animal connective tissue.” The gradual loss of this temporally diminishing substance produces facial wrinkles, reduced skin suppleness, and sagging (jowls). From the mid-twenties we lose about 1% to 1.7% of collagen per year.

Musical training (not specific instrumental instruction) is recommended to begin before age 9. Actual practice on an instrument, if you are to be a performing artist, should start between six and nine.

Famous neuropsychologist, Ralph Reitan, has said anything intellectually challenging is best done before 40. Of course, he was talking about the decline of higher order brain capability.

You can take all of this in several ways. Yes, life is short and some abilities are shorter still, at least if you intend to compete with the champions. We don’t all age in the same way and a few football players remain near the top of their game into their late 30s, despite the notoriously short careers of most of their counterparts.

Many people also defy the averages by learning what might be called “the tricks of the trade.” In other words, we become wise about life, relationships, and career skills. Many discover we can work around shortfalls with our remaining talents. Gratitude for the life we have makes an enormous difference. We generally think less about losses as time passes and happiness depends on what we are thinking about.

I suppose the best advice is to “go for it,” whatever “it” might mean to you, when relative youth is on your side. Recall, though, symphony conductors don’t stop performing until they drop and are considered newbies in their 30s. A good many are terrific into their 80s.

If I’ve spurred you to act with urgency, do remember one thing: make haste slowly. In Aesop’s famous race the tortoise beat the hare.

The top image is the symbol for pharmaceutical product expiration date 7.2011. The author is Politikaner and it is sourced from Wikimedia Commons.