I hadn’t seen my friend Dimitri since college. He’d transferred  to another school after our two years together as university friends. But, I ran into him nearly 20 years later, along with his wife Svetlana.

Dimitri was an accountant, but Svetlana was an unlikely mate for the stereotypical green eye shade, numbers-guy. She was dark-skinned, curvaceous, and had a smoldering luminescence that seemed to leave everything else in a gloomy fog, as if she carried a lighting crew in her entourage, tasked with the job of creating a back-lit glow wherever she went. 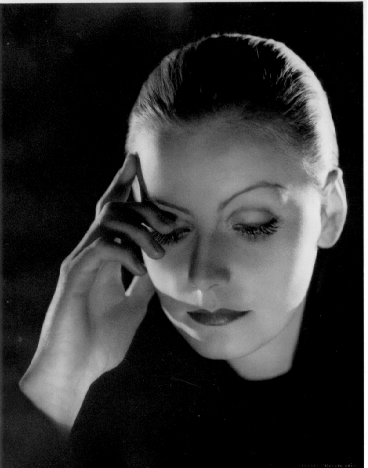 You want a human analogue? Svetlana was a kind of slavic Sophia Vergara; or if you prefer, a Russian Sophia Loren in her hey-day, with a little bit of Rasputin in the mix.

True, it was a hot day on which we met, but sexuality seemed to rise into the air from her taught, slightly moist, gleaming skin — and from the sound of her voice — especially the “r” sound that she tended to roll. It was impossible for men to keep their eyes off of her, something I observed when the three of us had dinner together a few days after our chance meeting.

A chiropractor could have made a fortune by stationing himself close enough to us to treat all the whipping, twirling, swirling, straining, swiveling necks and noggins. For a minute I wondered if we’d stumbled upon a convention of whirling dervishes.

I did my best to ignore this while Dimitri and I caught up, giving each other the usual “whistle-stop” tour of the things we had done since college, including details about careers, children, travel, hobbies, and the like.

We also asked each other about old friends.

Including my friend George.

I’d come to know good old Georgie because he was a social worker at a hospital where I practiced. But I knew that George had attended Dimitri and Svetlana’s college at about the time they met there.

Since it wasn’t that big a school, I asked if perhaps either one of them knew him.

“Oh yes, I diddd,” said Lana in the enthusiastic, heavily accented, somewhat flamboyant way she said a lot of things.

I updated (or was it “updetted”) husband and wife on George’s current doings, except for one little thing.

That fact didn’t seem to be any of their business and George had never given me permission to talk about it with others, although he’d never told me I couldn’t either.

When the dinner was over, we said our goodbyes and Svetlana asked me to give Georgie her best.

Now Lana’s best would have been something, I thought to myself, but I realized that she probably didn’t mean what my mind immediately imagined.

A week or so later I happened to see Georgie and mentioned that I’d met his old girlfriend Svetlana, as well as her husband.

“Oh, yeah, I remember her very well,” said George. “In fact, it was when I was making-out with her that I realized I was gay.”

Well, now I knew a bit more about the George-meister — about his having given the straight life a real chance — not unusual in a society that (even today) can make a gay person’s existence more than a little miserable.

And, God knows, if he couldn’t respond to Lana’s charms, he’d passed some sort of ultimate Geiger counter-like test designed to detect any particle of latent heterosexuality in his makeup.

But, as for Svetlana and Dimitri, I decided that Georgie’s comments were better kept a secret.

A Woman’s Mouth with Lipstick is the work of Niki m, sourced from Wikimedia Commons.

Following the Garbo photo is Ruth Orkin’s American Girl in Italy 1951 — a woman not in control of the situation, unlike Lana.

The bottom photo is of La Tomatina taken on August 25, 2010 and is the work of flydime. It is also sourced from Wikimedia Commons.

That site states that “La Tomatina is a food fight festival held on the last Wednesday of August each year in the town of Buñol in the Valencia region of Spain. Tens of metric tons of over-ripe tomatoes are thrown in the streets in exactly one hour. Approximately 20,000–50,000 tourists come to find out more about the tomato fight, multiply by several times Buñol’s normal population of slightly over 9,000. There is limited accommodation for people who come to La Tomatina, and thus many participants stay in Valencia and travel by bus or train to Buñol, about 38 km outside the city. In preparation for the dirty mess that will ensue, shopkeepers use huge plastic covers on their storefronts in order to protect them. They also use about 150,000 (kg) tomatoes, just about 90,000 pounds.”

Although this image has nothing directly to do with the story, it is a further step in the direction of dyscontrol depicted in the last three images: from the posed, studio photo of Garbo; to the street photo of the harassing men; to chaos.

For what it is worth, I always change many of the details of the stories I tell that have to do with my patients, or with other acquaintances who would not wish to be identified. On the other hand, the more personal of my posts — those about myself or family members, are usually as accurate as my recollections permit.

In the case of the present story, the character I have called “Georgie” did, in fact, discover his homosexual identity while making-out on a college date with a young woman. It is an episode “based on a true story,” as they say in the movies.