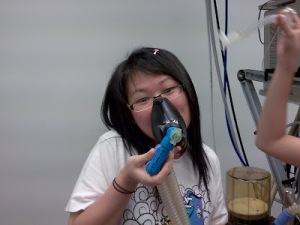 Having been raised in a secular home, I remember being shocked the first time I saw a religious carving in someone’s abode. It happened in my next-door-neighbor’s house. There he was, Jesus Christ, impaled right on the kitchen wall. Lunch was an ordeal given that Jesus was suffering just over my shoulder. For me I mean. My buddy and his mom didn’t seem bothered.

Since they were raised with crucifixion images all around, some indifference to the human sacrifice might have been expected of my hosts. The effect was similar to that produced by watching the first story on the TV news day-after-day, chosen by TV producers who use the mantra “If it bleeds, it leads.” We have all been desensitized by images of dead bodies, burnt flesh, undernourished children, and violence. Words like inured, deadened, habituated, and coarsened also come to mind; as well as accustomed, toughened, and hardened.

Drugs, alcohol, and antidepressant medication can play a part on the road to both callousness and self-protection. And, as I shall try to show, the question of how much of life to let in — how much to “feel” — is a big one for those in therapy and for all of those outside of it, as well.

Take one example. How are we expected to react to the TV news story of a murder? Should it be a matter of curiosity, the same kind that causes us to slow down on the highway to check-out an accident? Should we empathize with the pain of the afflicted? Should it provoke our action to prevent future calamities of the same kind; or reach out to the victims featured in the news story? Should we immediately feel a sense of gratitude that it didn’t happen to someone we love?

How is one of the faithful expected to react to the image of Christ on the cross? Is it supposed to just blend into the kitchen wallpaper? Or, should one react as if seeing it for the first time, aware of the horror of it, and the measure of sacrifice proclaimed to be done for all of humanity?

Therapy confronts this dilemma. Simply put, it faces the problem of how to live in a world where emotional injury is inevitable. Most people come to treatment feeling too much. Part of the counselor’s job will turn on the question of openness to both pain and pleasure. The intimacy that we all want requires some amount of that openness, otherwise the closeness cannot happen. But, by permitting vulnerability, we suffer more when we have loved and lost; or lost anything or anyone we value. Consciously or not, man comes to a crossroads where one path leads to a deadened life and the other to one alive with pain and pleasure. You choose.

People vary in their sensitivity to even the vicarious experience of life’s emotional afflictions. Those variations are at least partially determined by the individual’s nature. I recall evaluating a teenager who appeared to have had an unremarkable childhood: no abuse, good parents, only the garden-variety of growing-up challenges. Yet, she wanted to keep a distance from others, in part because she felt their pain too acutely. Indeed, she was unable even to watch the TV news because the kinds of stories I mentioned earlier brought tears.

There are a great many ways to deaden oneself to depression and lesser states of sadness. Therapists are well-advised to find out whether their clients are using significant amounts of alcohol or drugs while they attempt therapy. Since counseling deals with emotion, those substances can keep the soft and sensitive parts inaccessible to even an expert therapist. If past losses need to be confronted, the grieving-project can be stalled by the artificial numbness or buoyancy of chemically induced mood alteration. Even antidepressants sometimes create the same challenge to reaching the wound so that one can treat it.

Therapy is difficult. Courage is required to deal with the pain, along with a therapist who can provide the most easeful way forward. Counseling can be a tightrope walk for both the sufferer and the healer: too much pain and the treatment will be as bad as or worse than the illness, too much anesthetic and there will be no cure at all; instead, a dependency on the joint or wine or antidepressant, perhaps in perpetuity.

At this point you might ask why a chemical solution to pain would be so bad. Indeed, for those who have a biologically-based mood disorder, psychosis, or Attention Deficit Hyperactivity Disorder (ADHD), medication may be essential. But what of those for whom drugs or alcohol or medication represent an avoidance of “real life,” an escape from the job of confronting their own internal discomfort? Let me give you an example.

The woman in question had an admirable life in objective terms. Nice family, nice career, large nest egg. She was haunted, however, by her long deceased, disapproving father. Though he’d been dead for 20 years, not a day went by without thinking about him. She tried therapy because she was depressed, but her therapist never inquired about possible drug use and the patient didn’t report it. Yet, nearly every evening for those same decades she’d lived in a cannabis-induced haze and continued to do so during her treatment.

Therapy tried to focus much of its attention on her relationship with her dad, his lack of affection, and his failure to praise her considerable accomplishments. The therapist hoped that this woman could break through to a depth of feeling (both sadness and anger at the father) that would free her from the sense of inadequacy she struggled with every day. The psychologist believed that by getting her to re-experience the intensity of her injury, she would recognize its unfairness and her father’s indefensible cruelty, not just intellectually but with her whole being. Perhaps then she would no longer blame herself.

It didn’t happen. One suspects that the treatment failure — the defeat of this woman’s therapeutic project — was due to her marijuana use, a kind of self-medication that took the edge off the worst of her pain. It kept the patient just above water, but didn’t allow her (or the therapist) to go below sea level to the grip that her father had on her — a dead hand that metaphorically threatened to drown her. Had she not been smoking pot, it is possible that further exploration below the surface and into the depth of her pain would have released the dreadful downward pull of a ghost’s grip, permitting the grieving needed to free her from his verdict that she was worthless.

There is yet another reason to be concerned about an anesthetized life and reliance upon those substances that can be bottled, injected, and smoked; quite apart from the potential for addiction and bodily destruction. Yes, the blitzkrieg of life is a challenge to an undistracted, full-frontal awareness of your suffering at every moment. But if life is indeed sometimes simply “too much,” we must still choose carefully how to cope with that difficult reality so that the remedy isn’t also “too much” in a different way.

The death of pain means the death of life itself. Our defenses against feeling the bad also can prevent us from feeling the good. The question of anesthesia’s uses and misuses must be faced: whether to use it, how much to use it, and when to use it; reminding ourselves that the more anesthetic, the more we become inured to everything, the good and beautiful and poignant, as well as the painful. And the more we simply watch, sit back, and let the best of life pass us by.

The Crucifix is sourced from Wikimedia Commons.