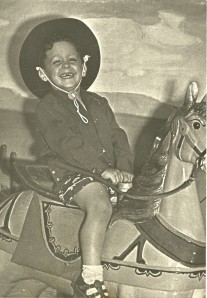 Denial isn’t a river in Egypt. It apparently is, however, related to a river of oil in the deep water of the Gulf of Mexico

But there is more to denial than British Petroleum’s failure to consider the possibility that a disaster might happen.

No. Denial is something we all do, at least some of the time.

Still, let us start with BP. Major environmental accidents involving oil have not caused this company and others like it to spend significant money on safety considerations and the prevention of ecological calamity. Clean-up technology remains much the same as it was 40 years ago.

What were the oil executives thinking? Perhaps, that such things wouldn’t happen to them or on their watch. And if it wasn’t going to happen, why reduce profits to take “unnecessary” safety measures. This, despite repeated oil spills over the years.

An example, might illustrate how “denial” such as this is possible, starting at a tender age.

Back when I was a very little boy, I did something similar. I remember walking to Jamieson School on a very foggy day. Indeed, the fog was so thick that one couldn’t see more than perhaps a half-block ahead. Somehow I got it into my head that if I couldn’t see my school, perhaps it no longer existed!

Jamieson School, an enormous building, occupied most of a square city block on Chicago’s North Side.

But maybe, just maybe, it had disappeared!

I didn’t think about the details of how such a thing might have happened overnight. I didn’t imagine what effort it would have taken to disassemble the structure brick-by-brick or consider that I would have heard any explosion that razed it. No, for me, the disappearance of the building would have been a result of magic. Here one minute, gone the next.

Unfortunately, or so I thought, it finally came into view. And with it, another day of school; not the day of fun I had fantasized about on my journey from home. I couldn’t have been more than six or seven at the time.

The point being, that if grown men act like seven-year-olds, we have a problem. And problem is called denial — a failure to reckon with reality — at least at the extreme.

I’m sure you can think of lots of examples. The cigarette-smoker who never thinks about heart disease, emphysema, or lung cancer happening to him; the person texting and driving, who can’t imagine the possibility of an auto accident; the 350 pound man who has two-quarter pounders with cheese, fries, and a diet-cola, and somehow persuades himself that he is being careful about what he is eating because his meal includes a low-calorie soft drink.

More examples: the man who fancies a partner with a history of infidelity, but doesn’t grasp that he could be victim to the same fate as his predecessors in dating her; the morally upright and self-righteous citizen who cheats on his taxes; the parent who persuades himself that his lack of time for his children will be no problem for them; or the family that normalizes and minimizes the drinking of the household’s head, rather than facing his alcoholism.

Not to mention the biggest denial of all — that we are all mortal, all going to die, and that it could happen at any time — not just to the other guy, but to me! Instead, we treat it as unusual and remarkable when someone expires before, say, 70, when it is actually a fairly commonplace event (however, sad it might be). Indeed, I’ve known more than one therapist who avoided thinking about the topic. See Ernest Becker’s Pulitzer Prize winning book The Denial of Death for more on this subject.

In fact, it is our mortality, the very jeopardy of living and the tenuousness of life, that makes denial necessary and healthy for us to do some of the time, even if a number of folks use it altogether too often. Without some amount of denial (coupled with a little courage) it would be hard to get up in the morning and walk out of the house, fearful as we would be of accident or injury on the streets or highways. How could my parents have permitted me to walk to Jamieson School as a little boy unless they put aside the possibility that I might be abducted or harmed? Would you be able to fly to New York City unless you “strapped-on” intellectual blinders to the danger of your plane crashing or another terrorist attack?

At another level, denial simplifies our lives, removing potentially uncomfortable inconsistencies between who we are and who we think we are. It allows us to engage in life and take action without the burden of too much troublesome data that might interfere with pursuing often necessary self-interest.

As I hope you can see, we need some amount of denial just to get through the day. So, while you rage against BP (and they certainly have earned your enmity), do realize that they were simply doing something we all do frequently, but they were using that psychological defense on a much more grand and dangerous scale than most anyone else.

The truth is, no one can look life squarely in the face all the time, lest he be perpetually distressed by his vulnerability to misfortune on the one hand, and an overbearing conscience on the other. Denial is almost as necessary as the air we breathe and the water we drink. Of course, if we deny the dangers of pollution as did BP, we just might foul up that needed air and water, quite literally.

Life is complicated, isn’t it?

The image above is of the author, at a time before he had any thoughts about disappearing schools.