“What dreams may come?” wondered Hamlet as he considered whether “to be, or not to be.” The potential of an afterlife of nightmares stopped him short of self-murder. For the rest of us, the time beyond today is either ignored, dreaded, colored in unending rainbows; or maybe even calmly planned.

Experience suggests that whatever comes will include both good and bad; and depend, in part, on how we approach it.

One’s individual weather forecast depends, to a degree, on his history and inborn, genetic disposition. Yes, there are born optimists or born pessimists. Guess who has more fun?

Cognitive behavior therapists help the latter group’s struggle with catastrophization. The counselor trains his patient to recognize the error within the terror of anticipated disaster when little realistic likelihood exists. The worst of life is best encountered in the moment. Don’t pour worry over yourself, like a sticky syrup mucking-up every day. “Borrowing trouble” comes at much expense, killing our ambitions before they begin.

When we do think past the horizon, some of us mistakenly focus on only half of what must be done to raise our prospects. It is not enough to quit an awful marriage or job, despite the immediate relief of departure. What comes after? Ask how you deposited yourself in a swamp? Envision a destination and a plan of attack. None of this is easy.

I know people who need a permanent set of attached binoculars to check out next steps. Some take bodily risks. Think prodigious drinking, eating, or drugging. Nor do I speak of the ones who simply deny their self-abuse. Too many possess the “talent” (or curse) of shutting off their brains when offered a drink or walking into a restaurant: an unconscious, dissociative process like a selective amnesia. A hour earlier they intended to pass by the cocktail or the quarter-pounder with cheese. Faced with the devilish dilemma, the brain takes a vacation — temporarily closes-off a sliver of awareness. One might think of it as the sky on a clear day, but for one cloudy portion. 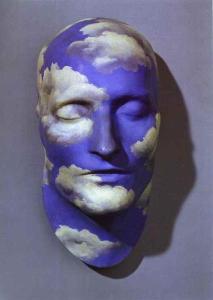 The future is a trickster. His opening act makes us believe we own an unused bank vault full of years. For those who do survive, unlived time is most often neither so wonderful or terrible as we imagine. Humans hedonically adapt. After a period of euphoria we tend to move back to our “set point:” our usual level of emotional equanimity or distress. Time’s passage also elevates our spirits from the first awfulness of many seeming disasters. Review your history. You might find lots of misfortune from which you bounced back.

Truth is, we are poor affective forecasters — weak at predicting the emotional residue of our adventures. Psychologists Daniel Gilbert and Tim Wilson tells us this leads to “miswanting.” We guess we will like some choices more than we do when they happen, in addition to “mispredicting” how long strong feelings will last afterward.

You think a $10,000 raise offers sustained joy? Most likely not for long. Simply put, after a year or two, most of us feel about the same as we did before the wonderful or terrible thing happened.

If you dislike the fallible weatherman, examine your prognostic success. In 10-years-time you could be surprised by how much you change and how those alterations complicate your ability to make predictions about what you will enjoy:

While I’m giving crystal ball warnings, beware of “bucket lists.” Other than people like my old buddy Ron Ableman, I knew many who kicked the bucket before they reached the list inside. Another group believed their long-awaited trip to Paris, for example, would have held more enchantment in the springtime of their life.

If you peg your well-being to winning an Olympic gold metal or some similar recognition, reconsider. Someone will win the distinction, but far more won’t. The impossible dream is the graveyard of life satisfaction. Instead, enjoy the process and more probable rewards along the way. A spot on the highest podium while your national anthem plays then will be the cherry on top.

The difficulty of depending on tomorrow for all your pleasure is well-described by Dan Greenburg and Marcia Jacobs. Their funny and all-too-true book is called How to Make Yourself Miserable.

The authors believe we manage the dreariness of our regular duties by looking toward to THE WEEKEND.

By Saturday morning you may be vaguely aware that Friday night wasn’t as great as you hoped it would be, but you don’t have much time to think about it because … you are still looking forward to the climax of THE WEEKEND — Saturday night. By Sunday afternoon, however, it is all over. Hope is dead. There is nothing further for you to look forward to, except the gloomy prospect of Monday morning and another whole week of drudgery at a job or school you detest. The weekend — like your life — can at last be viewed in its correct perspective: one colossal letdown, one gigantic anticlimax. On Sunday afternoon you are free to ponder all the great times you felt sure lay ahead, but never quite materialized.

We do need to suppose something better is in the offing — somewhere, somehow — and energize the resolve to get there. All those who trod a long educational road toward a career valued the lofty goal. The fathers of our antique religions realized the worth of a heavenly reward — a world without gravity — for the grave circumstances we ofttimes endure on earth. But, as Greenburg and Jacobs recognized, laughing at ourselves helps too, and sooner.

Just as a predictable joke is never funny, the most remarkable opportunities and joys take you by surprise.

In my own temporary stay on the planet, for example, I never contemplated that I might become a consultant to more than one major sports team. The unsought path just revealed itself.

Sure, I passed through down times and understand more will come, but I find little profit in attempting to improve the distance-vision of the nearsighted man I am. Indeed, if I live long enough, I’ll hesitate before buying unripe bananas. Most senior citizens are wise not to take a mental leap forward. They do well to make every day count.

Nothing is static. Expect sunny days and stormy weather and many partly cloudy skies. The ability to adjust to conditions is a skill necessary for you and me, both.

The largest portion of our contentment comes not beyond our noses, but by grabbing the beauty near at hand.

Of course, I have a surgically reconstructed left knee, so she may elude me.