The future is like a taxi driver awaiting our direction. “Where to?”

What we leave behind at the end of our trip — our legacy — attempts to answer the question, “When I pass the baton, what will the next runner receive?”

Does emphasizing personal success, outsized ambition, and individual prosperity leave something worth a lifetime?

Will a career of stature make the best life and legacy?

Here are two alternatives routes worth considering. The first is the path one woman pursued searching for “the good life.” The second adds you to the picture.

To begin, please read this eloquent description of the female I mentioned:

Legacies are hard things. As a teacher, you have no idea, usually, what’s going on on the other side of the table, and you won’t know for 20 years, 30 years, 50 years — you probably will never know what the lasting effects are, so I wouldn’t claim much. But I’ll say that Amy was an absolutely masterful teacher.

I was pretty good, but she was fabulous. And she was fabulous because if a student asked her a question, she turned it back on them. She didn’t feel obliged to give answers. She was there to make them think and think harder.

A student would say something, and if it was halfway good, she would say, “Another sentence …,” and it was flattering to the student to think they had another sentence in them, besides the best that they’d give you.

They searched for it, and they found it.

The other thing to say about her is that the women students, especially, saw and treasured in Amy the fact that she integrated naturally and easily a beloved life of teaching and learning, and a beloved life of marriage and family.

She wasn’t proving a point. She just did it. The students were invited into our home. They saw all aspects of her, and a lot of the students gravitated to her for this reason. 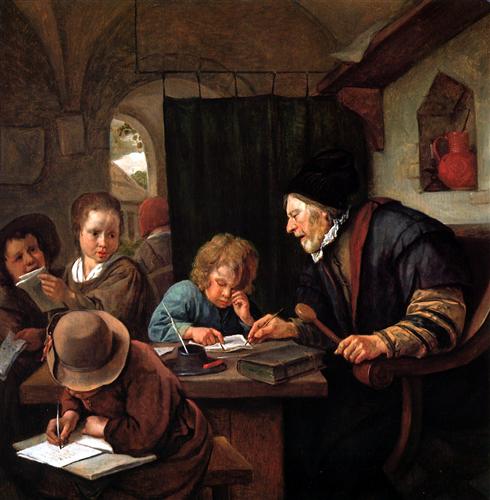 I am sure you realize the last sentence identifies the speaker as the husband of this remarkable educator. Amy Kass died in 2015, and the quotation comes from her mate, Leon Kass. If I listed all their combined achievements, you would be humbled, but they include books, civil rights activism, medicine, and much more. Concerning what her husband highlights, she was an instructor in the humanities at the University of Chicago.

What else do the words from the man tell us about his wife, the direction of her life, and the possibility of one’s own legacy?

He underlines a grace in her interactions with the young people who wished to learn from her. She lifted them by evoking their best — thoughts unexpressed but for her attempt to provoke their self-questioning, careful reading, and rejection of easy answers.

Amy Kass must have been the type of instructor you encounter once or twice in a lifetime — if you are lucky.

The kind you never forget.

Her partner mentions more than her professional attainments. He highlights how she lived, emphasizing her love for him and their family. She opened herself to other relationships out of her love of people.

As a professor of classics, she not only talked with her students about how thinkers in antiquity valued nobility of character, but she provided an effortless illustration in her everyday actions by being generous, eager, honorable, devoted, strong, and considerate in the classroom and beyond.

Now, the second answer I promised follows from the first. To leave a fine legacy, you needn’t become famous, make tons of money, or raise heroic children.

Attempt to match the guidance Marcus Aurelius, the ancient Roman emperor, gave himself:

This much — to be good — we all control. There is no need to listen to all the bullying or tempting voices which diminish or entice you.

The word legacy might sound too grand for such a modest approach to each day, but it is also brave. You will touch many lives and leave behind invisible traces of yourself by taking the advice of this statesman and Stoic philosopher.

Virtue is possible now, this instant, and all the time ahead of you. It is yours if you make it so. I’ll bet Amy Kass would have agreed.

The painting is called School Teacher by Jan Steen. It is followed by Holger Ellgaard’s photo of the Carl Milles sculpture, Guds Hand (The Hand of God). They are sourced from Wikimedia Commons.

26 thoughts on “What is Your Legacy? The Simple Answer is Within Your Reach”