God can do anything.

At least the All-powerful One who created the universe and all the living things in it.

But, on a remarkable day, the Almighty got bored. “I’ve done everything,” he said to himself. “What might I yet do to enhance the world?”

Thus came the idea of a new, mammoth orchestral composition–a piece in three long movements on the largest possible scale. “And so it was.”

The next morning every person on the planet, no matter their age or place, awoke with sheet music and the musical instrument required.

They’d shared a dream overnight, instructing them to practice their portion each day with the newfound talent instilled by The Timeless Being.

In six months, they now knew, God would lead the premiere.

Ah, but we creatures aren’t perfect, are we? Otherwise, why did the Lord drown his people in The Flood? All but Noah, his family, and an ark full of pairs, that is.

Sodom and Gomorrah didn’t come out well, either. 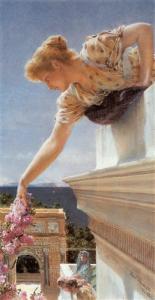 Indeed, one little man in the Deity’s band was already troubled. A diminutive tailor named Thomas read through the score, distressed to discover he had a solo. A star turn in front of the whole world. A cymbal crash, no less. His would be the climactic moment of the entire piece, the capping culmination, its ending excellence.

The clothier, you must understand, preferred the shadows to the stage, avoiding attention his entire life. He worried about bringing his cymbals together a moment too soon, a beat too late, making his noise too loud or soft, or bumping into a fellow percussionist.

Thomas doubted everything about himself. He always had. On this occasion, however, he’d not only be letting himself and humanity down but The Big Guy. Or Woman. Or whatever gender description is appropriate for the Immortal.

What might happen? Would the Supreme Being submerge the earth a second time? The responsibility squeezed Thomas’s heart. He couldn’t sleep, didn’t eat, and lost weight. “God, help me!” pleaded Tom.

The day began. All the living world instantly arrived at an enormous space in Africa. Humankind found itself onstage, surrounded by the rest, in the water, trees, open lands, air, and hills.

After the ensemble tuned, the Maker stepped off his golden chariot and took the podium. The music commenced.

The first movement took eight years to play, but even Thomas thought the celestial tones beautiful beyond imagination. It enchanted the universe of listeners, too, even the man in the moon. Still, as time passed, this musician’s timorous anticipation grew. 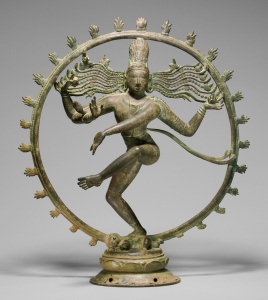 After a brief pause, the Lord’s downbeat launched the second section, seven-years in length. The flawless symphonic sounds soared even beyond the loveliness of what had preceded it. Birds froze in mid-flight, transfixed. The giraffes and hippos, the alligators, too, found their eyes glistening. All the collective hearts conjoined, every living creature in synch.

Except for our buddy, of course.

By the beginning of the symphony’s third part, the single suffering soul was beside himself. The cymbal crash lay 10 years ahead. He wrung his hands, wiped his brow, and began to shake.

The decade passed. At last, the moment!

God turned in the cymbalist’s direction, providing the cue. Thomas lifted the metal plates, and then…

Everyone heard the clatter. But it was the sound of Tom dropping the cymbals, not putting the intended final punctuation to the Divinity’s glorious score, 25 years of perfection since the heavenly baton first moved.

The Deity lowered his arms, the performers froze, and the world held its breath. Thomas looked down, but the Immortal One raised the tailor’s head and opened his humiliated, terror-struck eyes to meet his own.

The gaze, as Tom experienced it, felt as though it went on for eternity. In clock time, however, perhaps just a few seconds elapsed.

The composing Creator composed himself and turned to behold the philharmonic altogether.

And he said the only thing a great, eternal musician would say.

The first design is Frontiepiece K, The Ancient of Days, to William Blake’s 1794 work Europe a Prophecy. The next image is God Speed! by Sir Lawrence Alma-Tadema, sourced from wikiart.org. Shiva as the Lord of the Dance is the last artwork, created in India. It dates from the 10th or 11th century, now part of the Art Institute of Chicago’s Collection.

10 thoughts on “When God Wrote a Symphony”