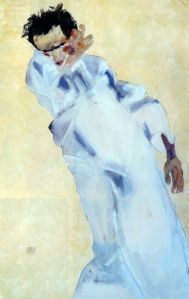 Depending on who you consult, people are either having lots of sex (more than you, by the way) or a significant amount less than they report. Which “truth” shall we believe?

A June 11, 2019 Cosmopolitan story tells us Millennials are blessed in this department — “killing it in the bedroom,” reports Julie Vadnal. There are reasons to hesitate before accepting the conclusions in her article, however.

Seth Stephens-Davidowitz’s (S-D) 2017 book, Everybody Lies, offers an alternative perspective. His inquiry suggests people lie about many things, and physical intimacy is high on the deception list. Moreover, this research analyst mistrusts surveys, the usual authority on what we know about private acts.

A phone voice or in-person interviewer might not elicit secrets you’d shrink from telling your best friend. A promise of anonymity makes little difference in his view, even online.

Instead, S-D mines information drawn from Google search results. He concludes that the respondents to surveys say they are having more romance than they are.

An example illustrates the point:

Based on 2016 data from straight women who took part in the General Social Survey,* the average female adult has sex 55 times a year. Sixteen percent of the time condoms are worn.

Do the math and you get 1.1 billion rubbers put to the rub per annum.

Before you believe those numbers, consider the following.

Figures from heterosexual males reveal 1.6 billion episodes of latex-type prophylactic employment, about 145% more than the ladies who are their partners!

More doubt about the findings comes from Nielsen, a giant tracker of consumer behavior. Fewer than 600 million condoms are purchased each year. Unless the men and women are making their own contraceptive devices in the basement, both are exaggerating the frequency with which they “do it.” 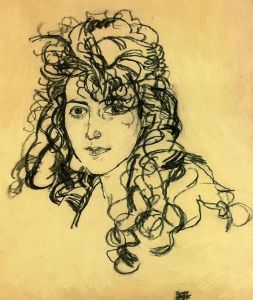 The General Social Survey used by S-D was repeated last year. Suffice to say, even the GSS indicates the passionate part of many of our lives is on a downhill course. To take one illustration, 51% of 18 to 29-year-olds reported having sex once a week or more in 1996. In 2018 the number was 39%.

Commentators speculate as to the reasons for the decline. Causes might include the reduction in the portion of young adults with live-in lovers and a similar diminution of those with a steady romantic companion.

A smaller percentage of young men with a reliable source of income must also be factored in. The lack of career prospects is presumed to reduce a male’s chances of amorous success.

The overall GSS results are also tipped in the “diminishing copulation” direction by an increase in the proportion of those 60 and older in the population, from 18% in 1996 to 26% in 2018. Though seniors often have a satisfying sex life, Viagra doesn’t transform them into the rabbits of their youth.

Take U.S. adults as a whole and nearly one in four were celibate in the year covered by the last study. Let me repeat: no sex at all for almost 25%.

Stephens-Davidowitz states that grown-up Americans are (surprise!) not happy about the situation.

On Google, “The top complaint about a marriage is not having sex. Searches for ‘sexless marriage’ are three and a half times more common than ‘loveless marriage.'”

Stephens-Davidowitz continues, “Even unmarried couples complain somewhat frequently about not having sex. Searches for ‘sexless relationship’ are second only to ‘abusive relationship.'”

The findings, according to Everybody Lies, suggest more anxiety about love-making than many admit. Our body parts and their size, both too much and too little, haunt us. Other troubling matters unsettle us, as well, not least performance.

From my angle, the preoccupations, inhibitions, and prohibitions likely come from several places. Centuries of religious teaching, fear of disease, and a personal history of self-doubt and rejection can interfere with intimacy.

Add emotional attachment or its absence, the chance and import of pregnancy, and comparisons with movie personalities, models, and X-rated stars. All this and more ratchets up the stakes of getting naked.

Surely the unprecedented level of stress found by the American Psychological Association, greatest among Millennials, enhances no one’s sex life. Life complications and frustrations enter the bedroom on tip-toe, unseen and not discussed. If past events join present and future worries, little space for joy remains. 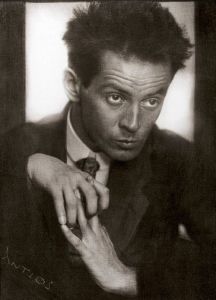 No therapist can alter the backdrop of our fraught social, work, and political life. Climate change troubles those with lots of time ahead, who should be lustful, more than anyone else. But is the separate worry over muscle tone, shapeliness, execution, and ego justified?

Stephens-Davidowitz comments on this question in passing. The researcher believes there is more forgiveness about the short-falls of bodies, shapes, and sizes than people think. Being in love makes us more forgiving creatures.

Yes, sex is in the air, but love tends to bring out our best selves. For a guy who writes about Big Data and impersonal numbers, Seth Stephens-Davidowitz turns out to be a bit of a sweetie-pie.

The first image is Self-Portrait with White Gown by Egon Schiele. Second comes A Portrait of Madame Sohn by the same painter. The photograph following is Egon Schiele by Josef Anton Trčka.

*”The General Social Survey (GSS) is a project of the independent research organization NORC at the University of Chicago, with principal funding from the National Science Foundation.”

You might also want to look at other sources for this essay, including Stress in America — Charted/, Record High in Americans Not Having Sex/, and The Millennial Sex Recession is Bullsh*t/