Is there anywhere to escape politics? Unless you are stranded on a desert island, maybe not. Times are challenging for those of us on the mainland.

Dr. Jeanne Safer desires to help all homo sapiens chagrined over political disagreements. Friends, lovers, parents, and next-door neighbors are included; anyone who cares to make and maintain a connection with another person.

Early in her book I Love You, But I Hate Your Politics, Safer claims she is “the go-to expert on making a mixed-political relationships flourish.” Bad start. It takes more than self-congratulations to persuade me. Still, the author offers some worthy ideas.

The psychotherapist’s conceptualization of her chosen topic is this: “Our fights are rarely about the overt issues that spark them, especially when they are repetitive and emotionally devastating.”

“The key to lasting change,” she writes, “is realizing that political fights in intimate relationships are not really about politics.” This therapist identifies underlying psychodynamic distress at the conflict’s core: long-standing parental difficulties, sibling rivalry, the desire for recognition and respect, etc. The basic material of traditional forms of psychotherapy. 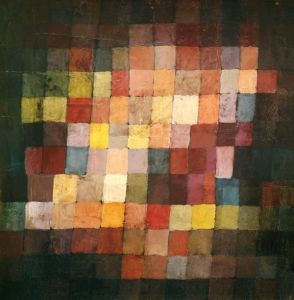 Should you read the book, you’ll find substantial doses of opinion and an equal amount of advice. For example, here are the kinds of things we are instructed not to do:

Dr. Safer recognizes your project is hopeless. As Jonathan Haidt’s research informs us, attempted conversion of those with passionate political and religious beliefs is a fool’s errand in the vast majority of cases.

Reason has little to do with those convictions.

According to Haidt, they are more instinctual, unconscious gut reactions than thoughtful, cool-headed, academic research projects. Once established, our brains instantaneously catch-up to the unshakeable sentiment already present, providing justification. We believe our point of view is well-considered and unassailable.

Part of the doctor’s solution is to let go of the fantasy of converting our counterpart to “our side.” Additional recommendations include self-reflection, looking at our contribution to the interpersonal conflict, and determining whether we want to dissolve precious intimacy over the legislative madness of the day. To her, allowing the hope for political agreement to die opens the possibility of reconciliation.

Be warned, the writer is not promising unity of a duet’s electoral decision making. Indeed, she is not aiming for the latter. Rather, she encourages prioritizing what you have together despite abiding discord over public policy.

Jean Safer argues for mutual respect, civility, and sensitivity, as well as sidelining such preoccupations as Supreme Court appointments and gerrymandering. She urges her patients to value honesty, loyalty, and affection, lest they pitch out the friendship baby with the bathwater. Insoluble left and right leanings, from her perspective, topple the straight-up qualities two people might otherwise enjoy. For the author, shared core values that are beyond politics are the ultimate couple-unifying cement.*

The book presents many examples of successful relationship rescue and a few of failure. The counselor trumpets her husband and herself as one of those successes.

While said man, Richard Brookhiser, is a prominent conservative journalist and counterpoint to his wife’s liberal tendencies, she never mentions one attitude they share: their evaluation of Donald Trump.

The major disagreement the pair overcame (abortion) was challenging enough, but I’m guessing like-mindedness regarding the Commander-in-chief improves the chances of satisfying co-existence with a partner.

Here is my summary take on the book’s argument. The psychologist suggests we carve out most disharmonies over governance to the extent necessary for rapport with those dear to us. She thereby appears to assume our current national predicament is not an existential one — rather, an incubator where a mischievous subconscious plays out its unresolved emotional injuries.

I disagree in three respects. First, I suspect many of us would descend into strife over the country’s direction even with less weighty and untidy internal baggage than we carry into conversation.

Second, our politics has morphed into matters the world will dismiss only at its peril. Between threats to the continuation of our democratic republic and life-threatening climate extremes, those who look away from the state of globe risk enablement of grave misfortune and planetary demise.

Granted, Dr. Safer doesn’t suggest constraining political expression and action outside the relationship, but donations to antagonistic causes tend to come out of the identical family savings account. Moreover, tolerating participation in opposing get-out-the-vote activities will take a lot of hard-swallowing if you believe posterity is on the line.

Third, for those hoping to raise children to become honorable and responsible citizens, you will need some virtuoso parenting skills to fence off the divergences between you and your mate as the growing offspring begin to voice their opinions. Parents with young children, but distinct and contrasting world views, are not addressed in Dr. Safer’s book.

The gentlewoman healer provides more optimism than I can about a politically mixed love and friendship future in our unsettling moment in history. I fear the period into which we are marching cannot keep those differences back any more than flood waters menacing low-lying areas of the coastal United States.

Here is the best I can do:

*There are limits to Dr. Safer’s tolerance and optimism: “You won’t find encouragement to tolerate a mate or a friend or a family member who is a recalcitrant racist, a sexist, or a supporter of Antifa or the Alt-right.”

I received an advanced copy of Dr. Safer’s book courtesy of St. Martin’s Press. My commentary was done without compensation, with the understanding that it might as easily be negative as positive.

The top painting reproduction is Metamorphosis by Joan Miro. The next two are by Paul Klee. In order, they are Ancient Harmony and Angel, Still Groping. The final work is a Study of Hands, by Egon Schiele.

22 thoughts on “When Politics Threatens Your Relationship”