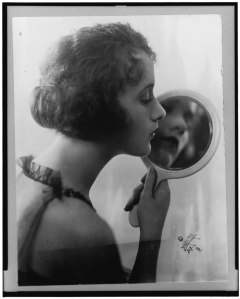 Writers are reminded to “write what you know” and “show, not tell.” The instructions apply to fiction, but also pertain to the fact of who we are.

Up straight, chest out, eyes forward. Self-confidence and pride manifest themselves in the unspoken declaration, “Here I am.”

One encounters rejection this way, but our compensation is exploration of the world regardless of fear. What acceptance we obtain is less essential, but more often real; not the approval of those fooled by our costume, blinded by the bronze.

Much discussion exists on the subject of self-revelation to others, but a first step prepares you to lower your guard. It was inscribed on the Temple of Apollo at Delphi over 2500 years ago:

A dangerous effort? The book of Ecclesiastes warns:

We seem to have a conflict here. Humans use rationalization, compartmentalization and four “D” words to keep their minds off troublesome realities: denial, dissociation, distraction, and drugs.

Socrates, another son of Greece, sided with Delphi over Ecclesiastes. The legendary teacher didn’t write, wore dirty clothes, and was sufficiently disclosing of what he stood for that he was sentenced to death for “corrupting the youth of Athens.”

He led them to question their own beliefs.

The philosopher chose his end over exile because he could only be himself as he wished to be, with his people.

Counselors are friendlier to Socrates than Ecclesiastes in their pursuit of the Delphian truth. They recognize no one can show himself who doesn’t know himself.  Otherwise he displays but half — the fragment of which he is aware. 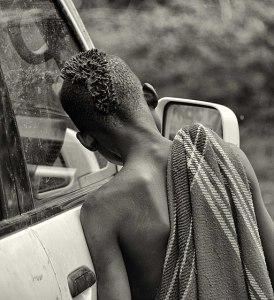 The hearing impaired who are clueless to their deficiency resemble those without self-knowledge. Such men live in a world of sound, but perceive only a segment of it. The undiscovered portion leaves no evidence of absence, no apology in the form of a regretful RSVP.

But Ecclesiastes was no fool. Fearless self-insight exacts a fearful price. Once you realize how you hurt another, the recognition bleeds you. You bleed in the knowledge of who you have been, how you harmed. To the good, now you can improve, apologize. Permission for do-overs, however, is a rare, “sometimes thing.” The damaged don’t always stick around.

Nor does self-awareness recover lost time. Those who wait for aged parents to acknowledge their failure, encounter people for whom internal vision would come with an unacceptable redefinition of themselves.

Fifty-years of error cannot be borne except by the hearty in body and mind. Indeed, all of us of whatever age want to turn from the mirror’s truth, claim distortion, and blame the glass.

A splendid blogger, Clara Bridges, tells us, “I read and write poetry for myself, not for others, and in both cases the revelation is primarily of myself, to myself.”

Clara recognizes the power of journaling, not just expressive and therapeutic, but as a tool for piercing the layers of cloaking armor we wear in our everyday version of Halloween.

Bronze plate is an inflexible thing. Clanging hardware is cumbersome and noisy. All grace disappears, the wearer’s voice drowned out by the dissonance.

A Dance of Seven Veils calls to us. The music is seductive if you are open to hearing it and brave enough. Adding to Delphi’s admonition, it sings, “Know thyself, then show thyself,” one dropped veil at a time.

You partner with yourself in the first dance, others are invited later.

The first image is Constance Talmadge, Head and Shoulders Portrait,1921, Library of Congress. The second is called, Looking in the Mirror, taken in Surmi, Tulgit, (a small village in Ethiopia) by Rod Waddington, 2014. Both are sourced from Wikiimedia Commons.