Once drawn to others – in politics, love, or friendship – our ability to evaluate them realistically disappears. I’m guessing you recognize it more clearly in acquaintances than in yourself. One contributing factor is called the “halo effect.” We are susceptible to a tiny number of attractive traits positively transforming our overall opinion of a person.

You and I are not as logical as we think, especially when emotion bumps logic off the road, a regular part of its job. One might still note flaws in the other – and set them aside or rationalize them. This can produce strange contradictions. Here is a personal story as a telling example.

If I were to put the life of Leo Fabian in a few words, I’d be forced to call him a failed, irresponsible, alcoholic man. He caused lots of pain in his life, especially to his children and wife.

The contradiction? I knew all this and I loved him. He was my maternal grandfather.

Grandpa was born in Romania in 1892 and came to this country in 1912. Long before the movie, Titanic, he claimed that he traveled from Eastern Europe to England, and then proceeded to miss that very vessel. The next one, of course, didn’t hit an iceberg and his best days began soon after he read the Statue of Liberty’s welcome. My grandfather started a successful business as a house painter and owned an automobile before most others. A wife and four children later, his care-free days fell off the rails in the worldwide, decade long economic train wreck that began in 1929. Though he lived almost 35 more years, the best part of his life vanished in time.

My mother remembered the terror of bill collectors pounding their door and high school days when she had only enough money to buy a candy bar for lunch. At some point Leo couldn’t take the unhappy apartment anymore, the nagging mate and fighting offspring. He left for Winnipeg, Canada. Grandpa had relatives there, beating a solo path out of town. Solo, I repeat.

My intrepid grandmother Esther packed everyone up and tracked him down. The Fabian children lived and went to school up north for a while, a band of dispossessed refugees: not wanted by their dad, not missed by their country, creating regret only in the empty-handed bill collectors. After a time in the Canadian school system they would return worse for the wear of dislocation. No offense to Canada. 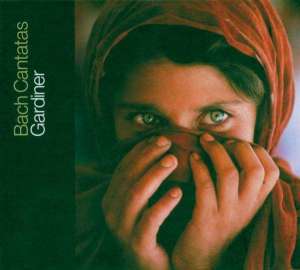 Their father’s incapacity and addiction marked them all. To cite particular scars, Uncle Sam – hardly two digits of age – had the grizzly responsibility of pulling his dad out of bars when drink had the best of him; and taking care of my grandmother when Leo was incapable of providing either food or shelter.

Up close I witnessed ugliness, too, but of a different kind. I worked after school for my uncle’s downtown Chicago business. I beheld 6’4″ Uncle Sam – my favorite relative, almost like a father to me – interact with his dad. Grandpa was by now his son’s full-time employee.

I recognized something askew as soon as I got an underage work permit and started the job: Uncle Sam called his father by his first name in public; never dad, always Leo. I couldn’t imagine myself doing this with my father or any relative other than a cousin. Was Sam trying to hide himself from the embarrassment of being this man’s offspring? But the knowledge was public, I soon discovered. Worse was to come.

Nothing in the office predicted catastrophe. The day was sunny, everyone working, chatting, listening to the White Sox game radio broadcast. But grandpa came to work hung-over a bit, enough to be inadequate to the tasks assigned. When he screwed up, Sam Fabian told off Leo Fabian. In front of all the others he employed, perhaps seven of us. All the rest kept their heads down and went about their work. The radio broadcaster, Bob Elson, paid no attention.

I alone watched it all, heard it all. Watched Sam enlarge and lengthen and tower over 6′ tall Grandpa. Watched my uncle holler and Leo shrink. Watched one man flogged by ropes of words alone, lashed-together letters all but peeling his skin. I never again looked at either one the same way. Though the repeat performances were few, even a few were too many. Sam had cause, but not license to tap his lifetime storage tank of anger to humiliate his dad.

My love for my grandfather predated this crap. He would be funny, charming, full of life and bigger than life; cutting a lean, wicked-smiling, still-handsome figure. Leo Fabian could charm the socks off anyone if you didn’t know all the rest. He spoke at least a little of multiple languages and must have been the life of every party. Grandpa was proud of me, kind to me, affectionate with me, and never said a bad word to anyone.

I remember a full-day spent with him in 1956, the nine-year-old version of myself, from the elevated train ride downtown to the movie Trapeze; starring Burt Lancaster, Gina Lollobrigida, and Tony Curtis. Complete with my grandfather’s warning that he might fall asleep on the way back (he did) and his reminder to wake him so we could get off at the Kedzie Avenue stop on the Ravenswood line.

My final memory came a few years later. He was now in his early 70s dying of stomach cancer. I visited his hospital bed with mom. He perked up as soon as I entered. He couldn’t hug me hard enough and, like him, I knew the moment was a goodbye.

Most of us automatically rationalize our beliefs and inconsistencies. Take politics and religion. Research says we come to conclusions too fast to arrive at such opinions through careful analysis. Instinct and emotion drive the decision and we then generate a rationale soon after. Even so, we believe the reasons came first.

Humans desperately want to view people as completely integrated, whole and predictable: all virtuous or all bad. I’ve met a few who came close to the former category, to the good. I’m blessed in that way.

Still, blind certainty like “My dad can beat up your dad” and “My mom is smarter than your mom” is black and white and commonplace. We usually see what we want to. Oskar Schindler, the famous savior of Jews during the Holocaust, was also a philandering husband who abandoned his wife; admirable and iniquitous both. Many are more like he, perhaps with less drama, less extremity at either end, living on a smaller scale.

Life is simpler, I think, if we do not absorb the complexity of human nature and instead draw the peopled world in broad strokes lacking troublesome detail. We need trust and comradeship, love and security, more than we need truth.

We form our opinion of ourselves with no greater insight. The Stoics say no one knows himself until he is tested, yet many think they would be heroic in the absence of the test. Even a failed moral trial can be given a pass by a subdued conscience. We are almost all conscience-tamers some of the time, without the whip and chair used by lion tamers at the circus. Unlike the beasts, the conscience tends to submit so quietly we don’t hear a thing. Fortunately, most of us don’t do it often.

I’ve never tried to rationalize my love for Grandpa. Yet I saw plenty of daily evidence of the wreckage my grandparents wrought on mom; and on Uncle Sam when I worked for him.

So, there you have it. My granddad was an irresponsible, alcoholic man who abandoned his family and (with an assist from an economic calamity) did enormous harm to his children. That’s on the one side, my love for him on the other.

They are both true.