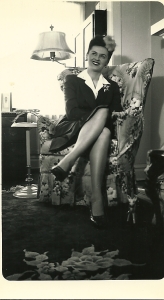 Old relationships leave a variety of marks. Dark and light, faint and bright, on the surface and below. Some fade quickly, others remain: the wistful, the love sick, the haunting. Endings matter. They impact how you remember past passions, family, and friends of all kinds.

Therapists talk about grieving, but what comes after? Is more yet to learn?

We grieve close-up, but understand at a distance, needful of time’s passage to tally the score and figure what happened. In the brightness and intensity of proximity our emotions get in the way of reason and perspective.

The people who have reappeared as memories in my life sometime took new forms, offered new lessons. One, who lived on a pedestal far too high, became more narcissistic and closer to earth with time. I understood her only after a while. But an old girlfriend is one thing, a parent something else.

Though as a little boy I was “the cream in her coffee,” mom and I lived at odds most of her life. Over time I learned to master the largest part of my animosity, fulfilled my responsibility and visited the folks without incident. She knew I came out of duty more than admiration and said so in her 70s. “You love me, but don’t like me.” I could not deny it.

Age mellowed mom some. The cutting edge of her double-sided compliments was duller, the clever complaints more effortful, less acid. After my 88-year-old dad died in the summer of 2000, mom (81 herself) was desperately unhappy. She’d long since given up on friendship, not wishing to risk closeness. The wounds of her childhood remained unaddressed. Much as Jeanette Stein could be a tough person to deal with, the emotional devastation of an alcoholic father; a paranoid, smothering mother; youthful poverty and teen-aged tuberculosis – these were her most faithful companions. They alone, along with her three sons, represented the only “relationships” left with dad gone.

In the last six-months of her too-long life (she daily prayed to my father and her mother to take her) I visited her every week. Preparation was required. I donned my armor suite, readying for the joust: criticisms aimed at me, the kids, the wife too; none of them present for the “fun” of seeing her again. Mostly I kept quiet, carried on conversation about the TV shows she watched, my brothers’ lives, searching for “safe” topics, and whatever else might pass the minutes with as little incident as possible. 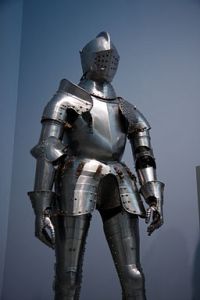 The last time we talked wasn’t a remarkable event. While mom was her usual critical self, at least she was not at her worst. The next week Mrs. Stein didn’t answer the phone call made from the retirement facility’s reception desk. I took the elevator to her room, but no amount of knocking got a response. The facility manager opened her apartment for me. We discovered mom sitting upright with a cooling cup of coffee tableside. She never regained consciousness.

Not an unusual ending, then, but I haven’t told you what happened two weeks before: the second to last time I talked with her. My mother suffered from lots of physical pain even when she escaped invasion by one of her frequent headaches. Not this day. She felt “pretty good” and offered me a lightness of spirit I’d not seen in decades. We laughed. She was at ease. Her cleverness had no ill intent. The time together was an unexpected joy for me, almost a miracle: one of the most extraordinary days in my pretty interesting life. The kind of day you want to capture in a bottle and take home with you; the more poignant and precious because you can’t.

Daniel Kahneman, the Nobel Prize winning psychologist, has described us as having two “selves.” The experiencing self and the remembering self:

Kahneman continues, “The experiencing self does not have a voice. The remembering self is sometimes wrong, but it is the one that keeps score and governs what we learn from living.”

Yet this is not the whole story, as the psychologist also tells us. If you are having surgery, your memory will be influenced by the “peak-end rule.” Both the extent of pain at its peak and the level of suffering at surgery’s end affect whether you will think back to the procedure as awful or no big deal. A benign ending can transform the experience.

Endings are like boomerangs – they keep returning. Seventeen-years this month have passed since mom died. It has become easier to “live” with her ghost and be more sympathetic to her tragic life. My brothers and I get along better and the family jokes I tell do not have the bitterness of the past.

That last good day lasted just a couple of hours. Not long, but it didn’t need to. Some people get nothing of value when relationships end. The things unsaid remain unsaid on one or both sides; the finish finishes, at best, in discontent, at worst in horror. You think you will have more time and then it’s gone. I was lucky to see my mother once again beautiful and gay, happy and happy with me.

The top photo is my mother as a young woman. The Suit of Armor is from the Carnegie Museum of Art, sourced from Wikimedia Commons. The Daniel Kahneman quotes can be found in his wonderful book Thinking, Fast and Slow.

29 thoughts on “A Grateful Goodbye: The Importance of Endings”