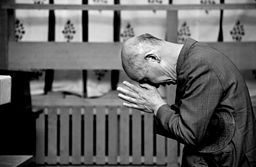 Therapists hear many opinions from their patients. Such beliefs are not always the focus treatment or what the client came to work on. They simply “appear” in the course of conversation. One of those ideas, quite common, has to do with religion. On numerous occasions my clients mentioned, unprompted, that a religious upbringing was essential to raising “moral” children. Without the guidance of a perfect, all-good, all-powerful being, the successful raising of an upright person was hard for them to imagine.

Schopenhauer thought religion clouds our capacity for rationality. According to him, early religious training creates an intellectual blind spot persisting throughout life. We then become susceptible to accepting ideas “on faith” instead of reason. Our dispassionate, analytic abilities are crippled, in Schopenhauer’s view. Childhood religious indoctrination requires us to “believe” (lest God punish us either now or in the hereafter) rather than search for truth with whatever logical tools and evidence we can muster.

Early acceptance of miracles and supernatural beings were, to Schopenhauer, the beginning of a path to intellectual and behavioral ruin. He feared religious education would hamper our ability to separate truth from falsehood. Bad behavior, excused by our confused thought process, was considered another potential consequence of a religion-created blindness.

Schopenhauer offered ancient Athens, the city-state of Plato and Aristotle, as a counter example: a moral community not produced by religion and one he thought functioned better because of its absence. 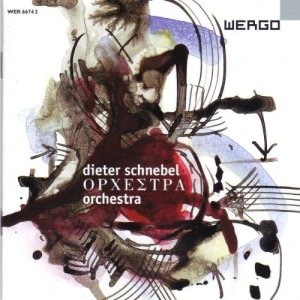 Athens was a genuine democracy: all the citizens voted on every important issue (as opposed to representative governments in which individuals are elected to do the actual voting in legislative bodies like the U.S. Congress). Schopenhauer argued that religion did not exist in Athens in the period to which he refers. Yes, there were gods and some people made sacrifices to them; but no organized, regular religious services were observed with a formal priestly hierarchy and a carefully prescribed method of worship. Nor did religious documents exist (like the Bible or Koran) or any “inspired” list of good and bad behavior similar to The Ten Commandments. Yet, Schopenhauer reminds us that laws were respected, justice was important, civility was maintained, and philosophical schools like Plato’s extraordinary Academy flourished. The question of the good life and how best to lead it was discussed among educated citizens.

At this point you might complain about the lack of rights for women in ancient Athens or the slavery prevalent there. Do remember, however, equality of the sexes is a relatively new issue despite over 2000 years of Christianity. Moreover, the Confederacy during the U.S Civil War justified the hideous institution of slavery by reference to its presence in the Bible. Nor is slavery condemned in that book.

Schopenhauer believed compassion, not religion, contributed to moral conduct, and such compassion was in man’s nature (making religion unnecessary). Indeed, the ability to identify with our fellow-man seems in short supply these days, whatever the cause. The more closely we identify with the superiority of our national, racial, or religious group, the more we are at risk of excluding feelings of sympathy for those who don’t share our nationality, skin color, or faith. 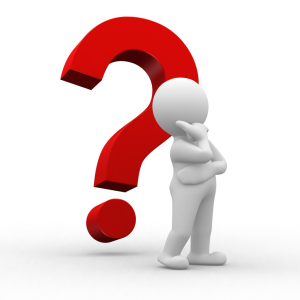 Immanuel Kant, an earlier German philosopher, argued for a different (but still secular) foundation for morality: the categorical imperative. Kant recommended we each ask a question when evaluating our behavior: should my personal moral standards be made into a universal law — a requirement and duty for everyone without exception, or, as he called it, a categorical imperative. Additionally, in considering our answer, he would remind us to respect the dignity of our fellow-man simply because he is human. “Using” others is therefore immoral.

For example, if sexual fidelity and honesty are deemed proper, they must be required of everyone in all circumstances. Adultery, by contrast, however much you believe it would be in your self-interest, would be of no moral value; because proper action is not a matter of how much you might profit from it, but rather, a duty to what is good in itself.

Let’s say you are unfaithful, steal, lie, and break promises. Are you prepared to give permission for everyone to act the same way against you and everyone else? If not, he would argue you have exposed the moral failing of your own behavior.

These thinkers make demands on us to consider whether what we do is justifiable by a process of reason: to look in the mirror at who we are, beyond any religious rule we follow.

Clearly, whether religion is essential to implant the seed of a life-long moral rootedness, one can argue it provides many other things, including a sense of comfort, order, and hopefulness in the most fraught moments of life, as well as a supportive and congenial community of fellow-believers.

The question remains, however, whether there is something Schopenhauer and Kant are missing in their quest for moral grounding, beyond these potential benefits of faith. Do you believe religion provides some necessary ethical guidance for our children that these men miss?

I look forward to your thoughts on the subject.

The top image is Man Praying at a Japanese Shinto Shrine. It is the work of Kalandrakas and sourced from Wikimedia Commons. The Question Mark is sourced from the Monroeville Community Website.

21 thoughts on “Is Religion Necessary for Morality?”