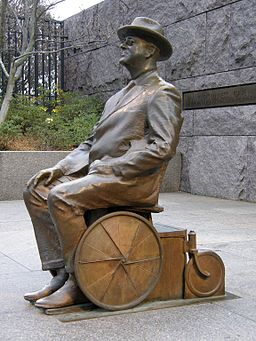 I was reminded of a basic human need — a therapeutic need — in the middle of a boulevard. Recognizing another’s pain happens routinely in therapy, but this unfolded outside, in public, on a windy winter afternoon.

Imagine a wheelchair-bound, middle-aged black man. His clothing dark, his appearance unremarkable but for the machine he sat in. I hardly noticed him and he was not aware I was standing a few feet behind and to his right. We shared only the patience of waiting for the electronic sign to brighten and whiten — for the Michigan Avenue traffic to stop in Chicago’s downtown.

The walk signal came on and the red light turned green, permitting cars and pedestrians westward travel on Lake Street. Perhaps another second passed before a northbound SUV ran the red light in front of the chairbound man, within a few inches of the chairbound man. He’d just started to maneuver off the sidewalk. Had he owned a motorized device, a quick start would have put him in the SUV’s path. There was no hit and run, thank goodness.

Even from behind his upset was evident. The driver of the tall car must not have seen the artificially short man, diminished by his seated position. The near-victim of the near miss shouted something indistinct in a voice lacking force. He raised a left fist, impotent because it lacked a goal. The hand held only frustration and great sorrow. The vehicle was past him, the driver oblivious. People stepped into the street. No one recognized the close call, the tragedy averted, the remaining distress.

Not quite. My wife did and so did I.

I caught up to him in mid-Michigan Avenue, said I saw what happened. He described the event, needed to tell his story even though I gave my own report. The man related the brief tale twice. I mentioned I was glad he was safe and put my left hand on his right shoulder. He thanked me. The sitting soul needed to talk, needed someone to mark his words. All this in a few seconds, in the time required to cross the boulevard. The stranger wished me a pleasant weekend and again repeated thanks and his hope I’d have good fortune ahead. His speech carried some urgency and offered more gratitude than I expected.

What had I done? Nothing remarkable, but something necessary.

A man in a wheelchair is an easy target. Imagine his life. People are always passing by, speeding up, trying to get away. You have no stature. In a measuring world you are deficient. Your presence sets others to flight, instigates multiple small rejections. You are identified not by your human qualities but a machine; as an encumbrance, an obstacle to be negotiated, a thing. Does such a one feel helpless? This person appeared to. I could not climb down into his head, but I wondered later if the incident made him feel less of a man.

I deserve no special credit here. This is not about me. This is about humanity, our needs. On big city streets we are invisible or objectified, even the handsome and beautiful. But we are people, not furniture, not newspaper kiosks, not light poles. We suffer, we laugh. We create, we love. We live and die. All this is personal, treated as impersonal. In between the two sides of Michigan Avenue a man was witnessed. An anonymous individual became a person. Dignity returned to him in some small measure. At least that is what I imagine.

In giving the stranger my focus, perhaps I provided a bit of repair to someone who was otherwise not even an afterthought. Therapists do this in session. We validate and acknowledge; we listen, note the hurt and give it weight, meaning; extend a metaphorical helping hand, a meeting of the eyes, an affirmation.

Recovery often sounds complicated and often is. But remember too, life is full of simple things; simple but valuable things a therapist offers: everyday gestures that do not always happen every day.

We humans do not ask so very much.

The top photo is of Franklin Delano Roosevelt in a wheelchair. It is the work of jimbowen0306 and sourced from Wikimedia Commons.