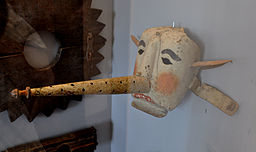 In my essay on Signs of Insecurity, I wrote the following, here paraphrased:

The self-doubting person tends to apologize when no apology is necessary. It is as if she expects to be reproached or is afraid to give offense; so, she prophylactically tries to excuse any possible mistake to avoid such a response.

Equally, answering a question with an upward inflection of the voice betrays uncertainty. The name given to the practice is “upspeak.”

The problem with these behaviors is that they telegraph vulnerability to those who would take advantage of you. Bullies are good at “reading” your actions if you begin waving a white flag. Otherwise they aren’t that smart.

Social interactions can be a kind of test, true enough. Even when not intended, lots of questions about you are being tentatively answered by the ones who care to pay attention, though not everyone does so until we give them reason to.

Note the presence of questions your conversation partner is asking about himself, as well.

The last two of the items listed are the ones offering a narcissist, a bully, or a sociopath the opportunity to bend you to his will. Most of us don’t wish to be thought of as pushovers in any sense. The gaze of someone strong-willed can make the insecure cower — turn the belly to jelly. He is defeated already. Fearing the unproven strength of the other, a fetal position is taken, as if to say, “Please don’t hurt me! I surrender. I won’t resist.” Now he has you. The “kick-me” sign on your bottom is evident, if invisible.

We all set our own price, put a sticker on ourselves that says, “Here is what I am worth.” Everyone is afraid of something, perhaps many things, but advertising the cheapness of your purchase price — in the hope of an unmade promise of safety — is not advisable. Your self-offering as a sacrificial lamb comes without a guarantee except the one you give.

The assumption is that if we apologize in advance — for who we think we are, for less than perfect language, or lack of knowledge — then criticism, being yelled at, or challenged will be avoided. Wrong.

First, you are overestimating the chances of severe reproof. Second, by admitting your flaws unasked, you state, in effect, “Keep on the lookout for my foolishness, ignorance, and weakness.” Without this — trust me — most won’t recognize any such inadequacies, imagined or real.

While we are being evaluated —if we are being evaluated — the judges are looking for big signs, not small ones: the kinds of markers you can’t miss even at a  distance, like the huge letters on Trump Tower in Chicago. Regular people don’t use instant replay. They aren’t equipped with a slow-motion, zoom-in button, at least not yet. The person facing you cannot recognize a bit of perspiration or hear a slight tremulousness. When you identify yourself as insecure, however, he doesn’t need an interpreter with a PhD. in clinical psychology. You have told him straight out. You may as well raise your hand or request a spotlight. You gave away your power for pocket-money. To paraphrase Emerson, instead of saying, “I am,” you are saying, “I am not.”

In the title to this essay I suggested an alternative, a way to avoid quick psychological exposure. It is both simple and difficult. One needn’t possess heroic self-confidence to do what I’m about to advise.

You must be quiet.

Don’t kneel and you won’t need to get off the floor.

Practice (in your head) stuffing the viperous, reflexive, unrequested apology when the serpent tries to escape your throat. The creature can be tamed. The more you do it, the better you get. Before too long people will forget all or much of what you previously revealed to them about your insecurity. Break the routine. Especially among those who don’t know you, more respect will be offered.

Did I hear you say, “I can’t”? Ask yourself whether your strategy of anticipatory self-criticism is working. “Maybe I’d be treated worse if I didn’t apologize.” Ah, but if your method is a good one, you wouldn’t be reading this, would you? The failure of my simple solution might, however, suggest therapy is needed.

The photo at the top is a Schademask or Shame Mask. This one comes from Burg Waldburg, Germany. Wearing such masks was a community-instituted punishment once upon a time. The photographer is Andreas Praefeke and the image is sourced from Wikimedia Commons.

10 thoughts on “Keep Yourself in Check: How Insecurity is Fueled by Over-apology”