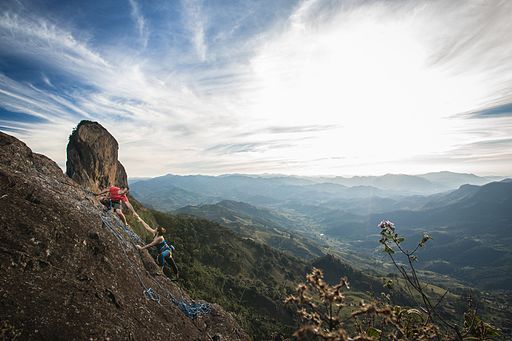 Some stories stick with you. The word “heartbreaking” is not enough to describe them; nor do “resilience,” “survival,” and “overcoming misery” say enough.” Yet all those words apply.

The therapist in the tale who helped enable a positive conclusion was Donald Meichenbaum, Ph.D. He related this account in a video focused on finding meaning in the aftermath of trauma: PTSD & Complex PTSD: Ways to Bolster Resilience.

Don’t read further if you wish to avert your eyes from tragedy, but understand this: you cannot know of the treatment that allowed for a redemptive, healing story unless you face it.

The woman: a young, bright, intelligent mother. A good mother. Her husband was away on a business trip. Home held only her daughter and herself. An intruder could be heard downstairs. Mom entered Vicky’s room and they hid in her closet. The burglars left without going upstairs. The event upset both Vicky and the mother, worried such an episode might happen when the husband/father traveled once more to make his living. The adults installed a security system and alerted the police. They lived in a safe neighborhood. No reason to expect another forced entry. Still, the man insisted his wife get a gun, just in case. She did not like firearms, but relented. The night stand next to her bed harbored the weapon.

Time passed. The man traveled again. Late and stormy darkness. Noises downstairs. Was the mother dreaming, reliving an imaginary or remembered version of the home invasion?

The mother urgently reached for the gun and moved toward her bedroom door to go to Vicky’s room, just as she had the first time. Vicky came running and pushed the mom’s door open. It struck the mother’s hand and the firearm discharged. Vicky died immediately. The mother sat with her dead daughter for 24-hours until the husband returned.

No words are possible. The parents’ lives were forever changed. Guilt, horror, marital separation, grief, depression. Even loving friends became unavailable, unable to bear the story. Alienation and isolation. As the mother saw it, a life not worth living. She deserved to die.

What is a therapist to do? He can never undo the tragedy, but perhaps he can help the survivor to find a reason to live, a meaning for the rest of her life. Here is what Meichenbaum did:

The psychologist knew his job was first to establish a therapeutic alliance, to show compassion, and accept, not judge. He needed to allow the patient to tell her story as she was able, permit its unfolding, not push. A plan to prevent the woman’s self-harm was created. The therapist allowed his emotions to be touched. His own tears came as he listened.

The psychologist asked a question to understand more about the loss. The client had said that Vicky was “special.”

She was wise beyond her years.

The first session ended and the doctor arranged a second appointment in two days’ time. Meichenbaum made a request. He said he would be “honored and privileged” if mom brought in a photo album of Vicky, but only if she wanted to: no pressure. He wished to get a further sense of who the child was.

Reviewing the pictures together was painful in the extreme. Yet this marked the beginning of the doctor’s effort to embed the only moment the mother focused on (the accident and death) within a broader narrative of Vicky’s life and her own life: to pull his client out of the single instant of horror into the stream of her ongoing existence — perhaps to create a potential redemptive story projected into the future.

This is not to suggest any kind of treatment would ever erase the pain or guilt completely. Yet, it might still be possible to help the mother give Vicky’s memory meaning. And perhaps to transform the patient’s life in the process.

The therapist asked his client another question. Two, actually. He wanted to know what this child (who was “wise beyond her years”) might say to the parent’s wish for oblivion:

What advice would Vicky give and what would happen to the memory of her if you kill yourself?

The mother affirmed the obvious answers which had escaped her: Vicky would not want her to die. Moreover, the memory of Vicky would also die with the death of the one who knew her best. Meichenbaum’s questions led her to realize she might do some good in the world, something to perpetuate Vicky’s memory and give meaning to the child’s short life. Treatment continued. Mom became a public advocate for gun locks and gun safety, thus transforming her loss and honoring Vicky.

In part, Donald Meichenbaum assisted the patient to fashion a new story of her own life different from one ending with two deaths. She became aware her time on earth was not yet completed. And that Vicky’s impact on the world offered a potential future, if only the parent gave her daughter a metaphorical life — gave voice to what her daughter’s death could still achieve.

This is not at all to suggest the mother wouldn’t have traded anything — anything — to get Vicky back. Yet, the mom might yet continue her existence with a constructive narrative of redeeming value in spite of complicity in the child’s loss.

Meichenbaum is famous for asking questions — for creating a Socratic Dialogue with his patients. He did not give his patient advice, but led the conversation so she might grasp the next rung on the ladder of recovery, not simply be handed it. Therapists should know “directions” from the counselor don’t produce as much “ownership” of the treatment process, nor as much motivation to change, as occurs when he helps the client uncover her own way, not just follow advice.

Might you also find your own way? Might the rest of your story be one of value?

What do YOU say?

The photo is titled Pedra do Baú — Compos do Jordáo. The author is Izabel Tartari and it was sourced from Wikimedia Commons.

8 thoughts on “A Remarkable Recovery From Unspeakable Grief and PTSD”