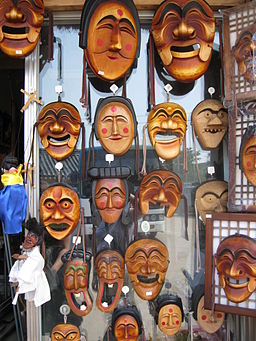 The charming 16-year-old could not watch the news. She was depressed, but not the victim of misfortune. Her parents had not mistreated her, life had not singled her out for unfairness. Rather, she was exquisitely sensitive to the pain of the human condition, to its terror — to the thousand little and big hurts, even those suffered by strangers. The news, with its roll-call of daily disaster, was unbearable.

All of this seemed in her nature, not her nurture.

For those of us not so fragile, there is a choice: how much of life do we let in (with its possibility of pleasure and risk of pain) and how much do we screen out to protect ourselves. Therapy patients, performers, and fictional characters display a range of answers. They are the subject of this essay.

The teen I mentioned was moved by art more than most, particularly those works that captured passing beauty and inevitable loss. The music of Mahler and late Schubert were on her list, along with the authors Virginia Woolf, Audrey Niffenegger, John Irving, and Julian Barnes.

Should this sound too sad, then I will tell you something else: the young woman was truly alive, not so numbed and deadened as the adamant stones that some of our fellow humans become. She perceived drama in commonplace events, while for most of the rest of us, those happenings pass unremarkably.

If we are lucky, our lives might be described as “balanced.” Our psychic doors are open enough to experience at least a partial glimpse of the dazzle and wonder of life, even if pain still finds entry points we hope to have limited to a degree. Indeed, in the music of Mahler and Schubert, my patient found both pleasure and pain.

Are most of us too defended against life and its inevitable disappointment and injury? By comparison to this troubled girl, do we risk a muted and gray existence? Does self-protection come at the cost of becoming unsympathetic to the misfortune around us and insensitive to the overwhelming sensuality of life, as well?

Princeton University psychologist Susan Fiske and her colleagues have evaluated something akin to these questions. Research participants reacted to a variety of photos. She and Lasana Harris predicted their experimental subjects would respond by dehumanizing extreme outgroups like the homeless. Pictures of those individuals produced a type of brain activation typical of disgust — the same kind of cerebral response characteristic of viewing objects, not people. Perhaps, unlike the sixteen-year-old mentioned before, some of us protect our emotions by responding to fellow humans as things. The evidence of history indicates disgust with such “Untermenschen” can lead to casual mistreatment and much worse.

A performance given by the storied English singer Kathleen Ferrier (seen in the newsreel above) and the conductor Bruno Walter illustrates part of our human dilemma: the tension between feeling too much or too little.

A 1947 Edinburgh Festival rendition of Gustav Mahler’s Das Lied von der Erde (The Song of the Earth) was the occasion. This hour-long song-symphony portrays the transient beauties of life and concludes in a 30 minute Abschied (Farewell), to a friend and to life itself, based on ancient Chinese poetry.

The work’s last moments are a whisper of exquisite, heart-rending beauty as the singer reflects on the fact that while human life passes away, the world itself will bloom anew in spring forever. The last word — “forever” or “eternally” (“ewig” in German) — recurs several times, more and more muted against the fading consolation of the orchestra.

According to Neville Cardus, a critic for the Manchester Guardian, Ferrier was “unable to enunciate (at least some of) the closing words.” Moved by the music, she broke down.

Ferrier would soon became a celebrated singer in a life shortened by cancer, but she was then new to this music and in awe of Bruno Walter, the 70-year-old conductor who had been the composer’s disciple and given the work its world première in 1911. Cardus tells the story of his arrival backstage after the curtain calls:

I took courage and forced my way into the artists’ room, where I introduced myself to this beauteous (unself-consciously beauteous) creature. As though she had known me all her life she said: ‘I have made a fool of myself, breaking down like that.’

When Walter came into the room she went to him, apologizing. He took her hands, saying: ‘My child, if we had all been artists like you, we should every one of us have broken down.’

For Cardus, it was one of the greatest, most life-changing performances he heard in a long career as a music critic.

Ferrier achieved this without every last word — the rare occasion when an artist triumphs over an important rule: to have emotional expression and emotional control, thus enabling the audience to experience the feelings without restraint.

It is ironic that to recreate emotions one must, to some degree, constrain them; never forgetting she is a singing actress playing a part and not her offstage self or a member of the audience. Ferrier’s failure to observe the rule caused her embarrassment, no matter the generosity of Bruno Walter’s consoling words.

Those of us who are not artists confront our own version of the same dilemma Ferrier faced: emotional control threatening to mute life’s music and dull its pleasures versus emotions undermining the ability to live, and leaving one unprotected from “The Heart-ache and the thousand Natural shocks that Flesh is heir to,” as Hamlet said.

In the theater, the dilemma is depicted in Peter Schaffer’s play Equus, where the audience exits the performance wondering whether the destructive, super-heated intensity of a teenager’s uncontrolled feelings are, perhaps, less a problem than the bound-up, dryly analytic, over-controlled existence of the psychiatrist who treats him.

The Original Poster for the German Film, “The Lives of Others”

The 2006 Academy Award winning film, The Lives of Others, offers still another example. Gerd Wiesler, a Stasi (East German Secret Police) officer, begins the movie as a friendless man, deadened to everything except his duty. His superior gives him the task of monitoring a playwright. Closely observing the rich intellectual, social, and romantic life of this artist both enlightens the officer and opens up his emotions.

While Wiesler acquires this vulnerability at great cost, he also becomes capable of enlivened human contact and empathy.

What, then, are we left with in this consideration of human emotion?

Over sensitive, insensitive. Excitability versus indifference. Empathy versus disgust.

Or walking the knife’s edge in between.

The first image includes Korean Hahoe Masks. The author is Julie and the photo was sourced from Wikimedia Commons.

4 thoughts on “Feeling Too Much or Too Little: The Emotional Tightrope in Life and Performance”