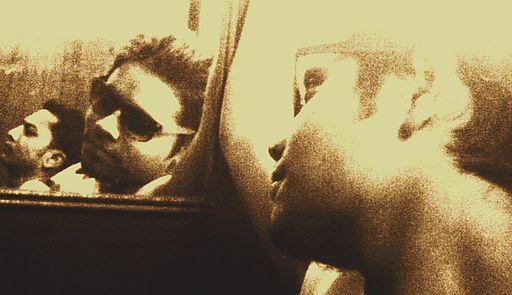 Sometimes it helps to realize that you are not the center of the whole world. Not so easy, is it?

In a moment I’ll suggest an exercise that may help, but first a few words on the problem of being too much “in your head.”

We know our own thoughts and feelings directly, from the inside out. With others, we understand them only from the outside, no matter how close we are to them or however much empathy we feel. We see what they look like, what they do and say, and how they describe themselves.

Too much absorption in our own thoughts about ourselves, however, can be a problem. It is easy to feel unique, not just in a way that feels good, like some strutting peacock or narcissistic overlord. We are not talking about self-love, but about something more like self-doubt or concern, and potentially anxiety or depression.

When our sense of uniqueness becomes attached to the idea that few others feel as bad as we do, life can be miserable. That includes the time you spend worrying about what others think of you, as well as all the moments preoccupied with distressing thoughts. An inner life that is spent targeted almost exclusively on one’s own problems can create a life-sucking whirlpool inside your head.

Regrettably, the more we think about our troubles, the worse we sometimes make them. Anxiety, worry, and self-doubt tend to feed on themselves. Downcast thoughts become automatic. Looking down piles up until those ruminations tower over us and block the bright side from our view. It can feel like living alone in a cave with only a hand-held torch providing any light.

Before you get too far down that looming road, here is an exercise that might help give you a little perspective and prevent you from falling into the cycle I’ve just described. Start by taking a walk, or ride a bus or a train.

What I’m suggesting is that you look at some of the cars on the streets and highways, parked or in motion. As you do, ask yourself a few questions.

Who might own that car? Might they own it outright or be paying for it on an installment plan? Might they have had financial problems, present or past?

What could go wrong with that car? What has already been broken and fixed? Don’t nearly all cars need maintenance, repair, and eventual replacement? Don’t cars sometimes get into accidents?

Remember that someone specific owns that car. Try to imagine the life of that person, both the good and the not so good. Might he be out of work? If not, what kind of job or jobs does he have? Is he happy with his boss and co-workers? What might his job be like, both the positive and the negative?

Who has ridden in the car with its owner? People he loved, friends, coworkers, dates, and so forth. Now imagine the range of possible relationships he has and those he has lost, from a very small number to a large one. Might he even be alone more than he wants? Might he desire more social contact, but be afraid of it? Think of the good times and the not so good times, the varieties of human social experiences.

Do you see anyone in a parked car who is reading a newspaper? Think of the news stories and problems involving other people who have nothing to do with you or with the reader. Don’t miss the reported awards and successes either, those that inspire you or fuel your ambition.

By now, I think you’ve got the idea. We endanger ourselves by too much inward focus. Most lives have much in common. The routine events tend not to be a big deal. The surprises, especially when they aren’t welcome, certainly can be a big deal; but, we aren’t as unique or special as we think most of the time. We don’t see more than a little of the lives around us, and people tend to put a good face on their public selves. Still, the laundry needs to be done, the heart will break occasionally, and we all laugh and suffer at one time or another, however much of the latter is hidden.

We live in a world that portrays itself unrealistically on TV and elsewhere. It is far too easy to believe that everyone else is having a better time and a better life — one that we’d grab if only it were offered. But scratch the surface and realize that few lead truly charmed lives, as the poem Richard Cory reminds us. For a wonderfully alive (but realistically) upbeat take on our shared human condition, also read Walt Whitman’s Crossing Brooklyn Ferry.

You probably have more in common with all those people who own all those cars than you might think. If you can take that knowledge and generate some activity that moves your mind away from your own troubles, there is no dishonor in doing so. Even reading out loud to yourself can be active enough to get you out of your head and into someone else’s: the writer’s head and his characters’ heads.

One thing to remember in particular: everything is temporary. All those cars you saw on the road won’t be there forever, nor will most problems feel as they might today. Get on with your life the best you can. That’s what the other drivers are trying to do. The more you try to do it, the less time there will be to think introspective thoughts that might not be helping you.

The roads lead in lots of directions. Explore them, especially those that might aim at something bigger than yourself — outside yourself.

You won’t always succeed. Nobody does. But be sure to keep driving, with your eyes on the road, looking inward only when necessary. The person who taught you how to drive must have told you to keep your eyes wide open and alert to what is happening on the highway. Good advice, too, for the highway of life.

The top image is called Mirror Image and is the work of Amartya5, sourced from Wikimedia Commons.

17 thoughts on “Getting Out of Your Head: Solving the Problem of Negative Self-Absorption”