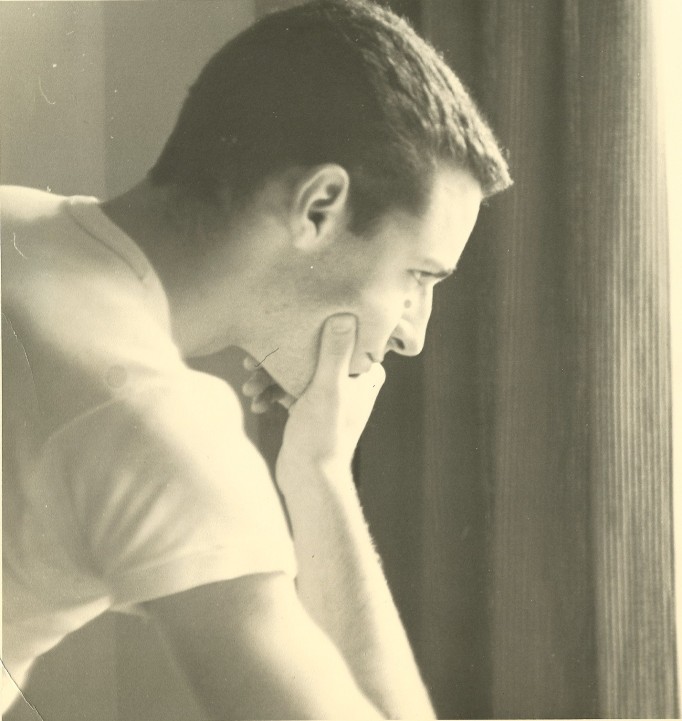 When someone asks you a question and says, “Please be honest with me,” I have a word of advice: be careful.

Two examples will illustrate the point. One comes from Greek mythology; the other from my own experience in, of all places, kindergarten. Hard lessons were earned and learned in each one. Sometimes telling the truth is a big problem. Sometimes no answer is right.

The Greek myth in question has to do with Teiresias. According to one version of the story, this young man was walking along, minding his own business, when he came upon two snakes having sex. He hit the pair with his walking stick, but displeased the Goddess Hera in the process. Hera punished the young man by turning him into a young woman. Not only did “she” then live as a woman for seven years, but bore children.

Apparently, when she again found snakes mating, she delivered another blow to them, thus releasing her from Hera’s spell and transforming her back into a man. Some sources suggest that Teiresias killed the female reptile in the first instance, thus explaining Hera’s anger, and the male in the second, thereby evening the scales.

Fast forward to a conversation between Hera and her husband Zeus, the chief God. The pair couldn’t agree on the question of which gender enjoys sex more. Zeus claimed it was women, while Hera was certain that males had more sexual pleasure. How to resolve the question? What better way than turn to the only person who had ever been both a man and a woman, our friend Teiresias.

His answer went as follows:

If the pleasures of sex were divided in ten,
there’d be nine parts for women and one part for men.

Oops. Teiresias apparently forgot that he was dealing with Hera once again, the same person who had changed his sex. She now punished him a second time by blinding him permanently. Zeus could do nothing to change this, but did try to compensate Teiresias by giving him the gift of prophecy. Thus, ironically, Teiresias became a blind seer, a man who could “see” into the future despite his inability to see through his eyes.

Skip now even further ahead to a little boy named Gerry Stein.

I was a dashing little person. Resplendent in the Indian (Native American) head-dress my parents gave me or the cowboy holster and six guns that I wore around my waist. Of course, the contradictions among those elements of attire didn’t bother me. Perhaps they were an early indication of my tendency to see both sides of an argument.

I was a six-year-old. I didn’t wear my western outfit to school, but I was still pretty cute: a curly-haired, fresh-faced, sweet little boy, with large hazel eyes. And I had three girlfriends! Count ‘em: three! Way more than any of the other little boys in my kindergarten class. Was it at Avondale School or Jamieson? I don’t remember that.

The teacher gave us an assignment to draw something. I don’t recall just what it was. But I was good at anything having to do with art and quickly finished off my mini-Picasso masterpiece. That gave me a little time. And so I walked over to the place where two of my girlfriends were hard at work on their own artistic products.

What exactly did it mean that I had three girlfriends? I was six, for God’s sake. I never saw them outside of our kindergarten class. I doubt that I ever held hands with even one of them. Still, there was a sense of security, a point of pride in “having” three pretty little females each of whom also thought that I was her boyfriend, and each of whom was just as clueless as I was about what that might mean.

I can still see myself standing in front of the first two charmers, who were, by the way, best friends. And I can still hear the question that one of them asked me, much like the question posed to Teiresias by Zeus and Hera: “Gerry, whose picture do you like the best?”

Remember, I was six. Maybe even five. No life experience. A piece of unripe fruit, yet to be churned by the cruelties of the human food processor that is daily life. For sure, I was pure and naive. And terribly, terribly honest.

So I answered. I chose one. I don’t remember which one. I only remember the aftermath.

The unchosen female immediately burst into tears. “You made me cry. You aren’t my boyfriend anymore!”

I was stunned. It might even have been her question that prompted the answer she was blaming me for. I considered using the Nuremberg Defense (“I was just following orders).” But before I could say anything, the next hammer dropped.

Her companion, girlfriend #2, looked at me and said: “You made my friend cry. You aren’t my boyfriend any more.”

My stock was falling like the Dow Jones Industrial Average on “Black Friday.” I was down two-thirds on my net girlfriend-worth. I was sweating. I didn’t know what to do. I must have mumbled something about being sorry. But the hard-hearted pair facing me, like Hera x 2, had rendered their unchangeable verdict. The Gerry Stein Fan Club was quickly disbanding.

In my desperation I did what most anyone would do. I ran over to my one remaining girlfriend, the better to secure my position with her. God knows, if she asked me what I thought of her drawing, I was prepared to tell her that not even Rembrandt could have done half as well.

Unfortunately, in my haste I wasn’t especially careful about where my feet were going. And the hard wood floor had recently been polished, making traction tricky and braking balky. I over-ran my target and accidentally stepped on my remaining girlfriend’s foot. This damsel, now in distress, quickly began to cry. And you already know the rest: “You made me cry. You’re not my boyfriend any more.”

Dazed, stunned, disillusioned, and confused, I probably would have walked into traffic if we hadn’t been in a secure environment. Everyone else continued to busy themselves in drawing and conversation. I alone was crushed, alienated from humanity, feeling for the first time in my life the cruel indifference of a world that goes on about its business, ignoring the human road-kill still to be observed in its peripheral vision.

Little did I know that my moment of lifetime peak popularity with the opposite gender had passed, but at least I retained my vision, unlike Teiresias.

As I see it (sorry for the pun, Teiresias,) both Teiresias and I acquired some wisdom under difficult circumstances. His tendency to displease those in charge, Hera in particular, led Zeus to give the newly blinded man the gift of prophecy. With that, one could be sure that he would handle potentially disastrous situations involving snakes and vengeful Gods quite differently in the future. And indeed, he became esteemed for giving good advice and important warnings to other mythic Greeks.

My kindergarten disaster — my childhood tsunami-like encounter with three girlfriends — was also instructive. No, I didn’t become a seer, a visionary, or a prophetic advisor to princes and kings. But I did become a little wiser about the ways of the world; about dealing with women; and about the punishment that sometimes comes by just answering a question scrupulously. I learned the truth in Clarence Darrow’s observation that “There is no such thing as justice, in or out of court.”

Wisdom almost always comes at a high price. Just take it from me and Teiresias.

Thanks to Keith Cleveland, Instructor in the University of Chicago’s Basic Program of Liberal Education for Adults, for relating the portion of the Teiresias myth that I have discussed. All photos are of the author. The first comes from September, 1965, taken by Steve Henikoff. The second is dated August 15, 1948. The third is undated.

2 thoughts on ““Please be Honest with Me:” Of Sex, Wisdom, and the Danger of Telling the Truth”